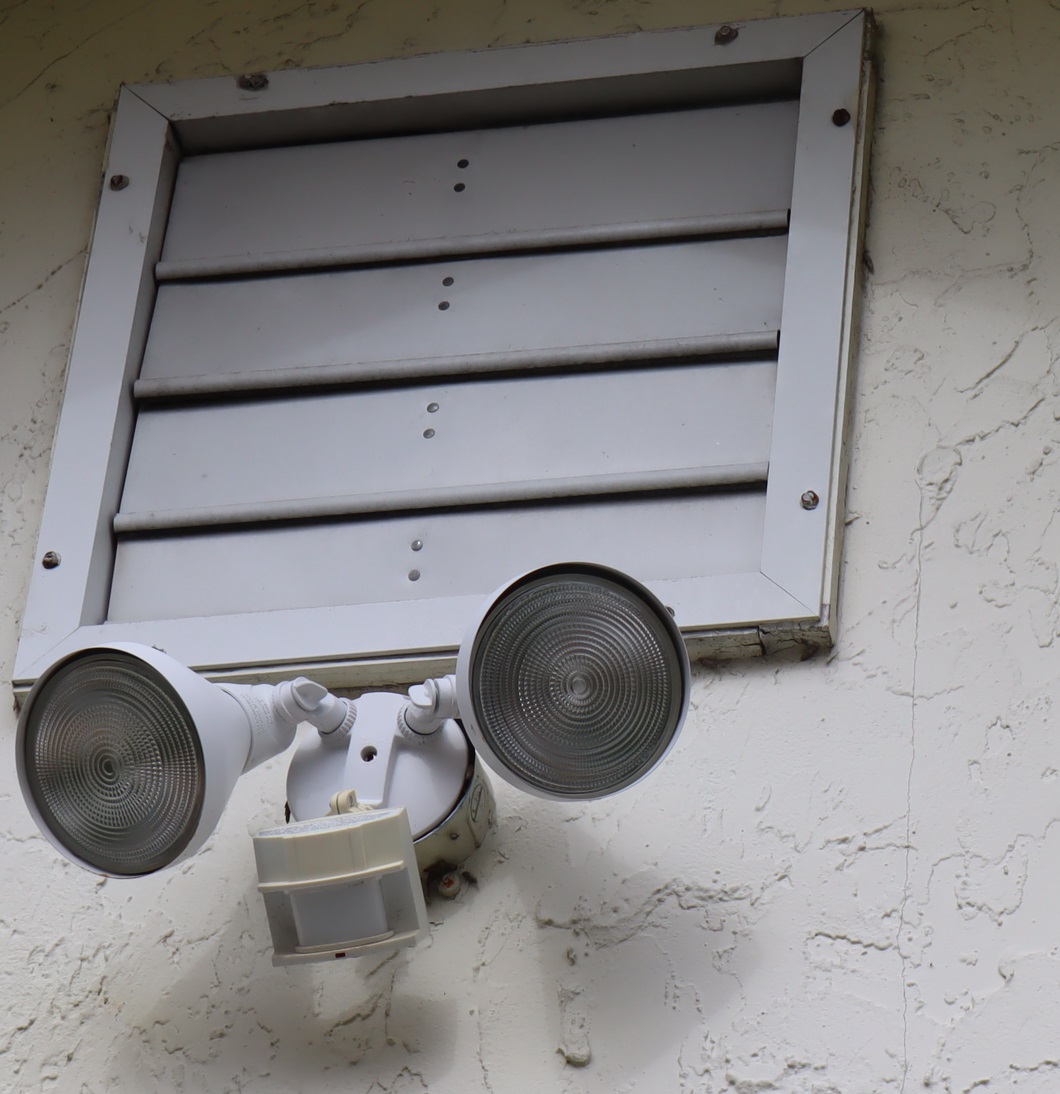 Have you ever wished a fan would automatically come on when the temperature went up?

Attic-installed exhaust fans are popular fixtures here in Florida. By venting hot air out of the attic, the ducts stay cooler, so the HVAC doesn’t work as hard to cool the house. In the winter, I change the fan’s thermostat so that the attic stays warmer.

This is a difficult and painful chore, as the fan’s installed in a section of the attic especially hard to access, and the control panel located just barely within reach. I hate messing with it, and some years, I don’t bother – which makes this a great case for automation.

I normally use the Shelly HT for temperature or humidity based tasks, but it isn’t ideal here – there’s no outlet available for the USB adapter, requiring me to use batteries in a hard-to-reach location.

It turns out that the Shelly 1 and Shelly 1PM have a great accessory that makes this task super easy, the Temperature Sensor AddOn For Shelly 1/1PM. You can find it in the Shelly USA webstore – which happens to be running a 20% off sale on 2 packs of the Shelly 1, Shelly 1PM, and Shelly 2.5. 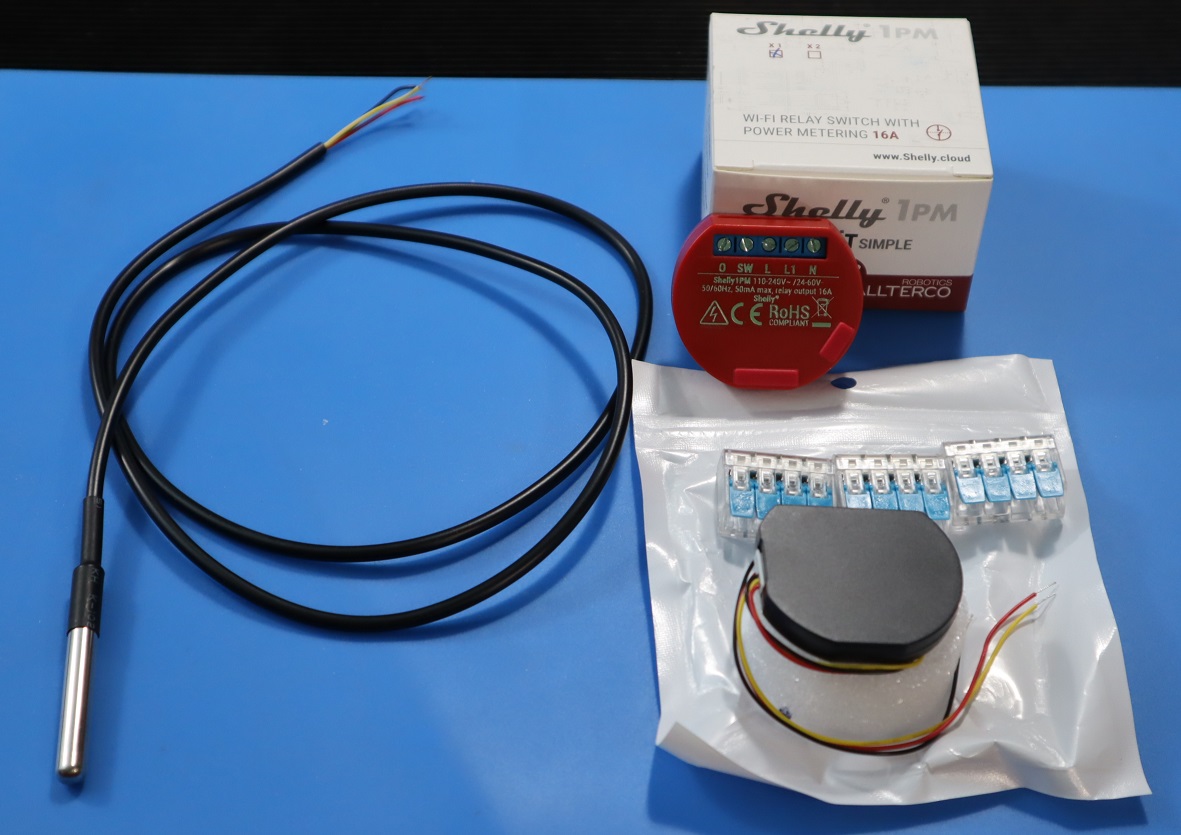 The Temperature AddOn can use the DHT22 sensor, but that one isn’t sold by the manufacturer. They have an option to buy the AddOn stand alone or with one, two, or three DS18B20 temperature probes, which are supported. I ordered the AddOn with one probe, as shown in the picture above. 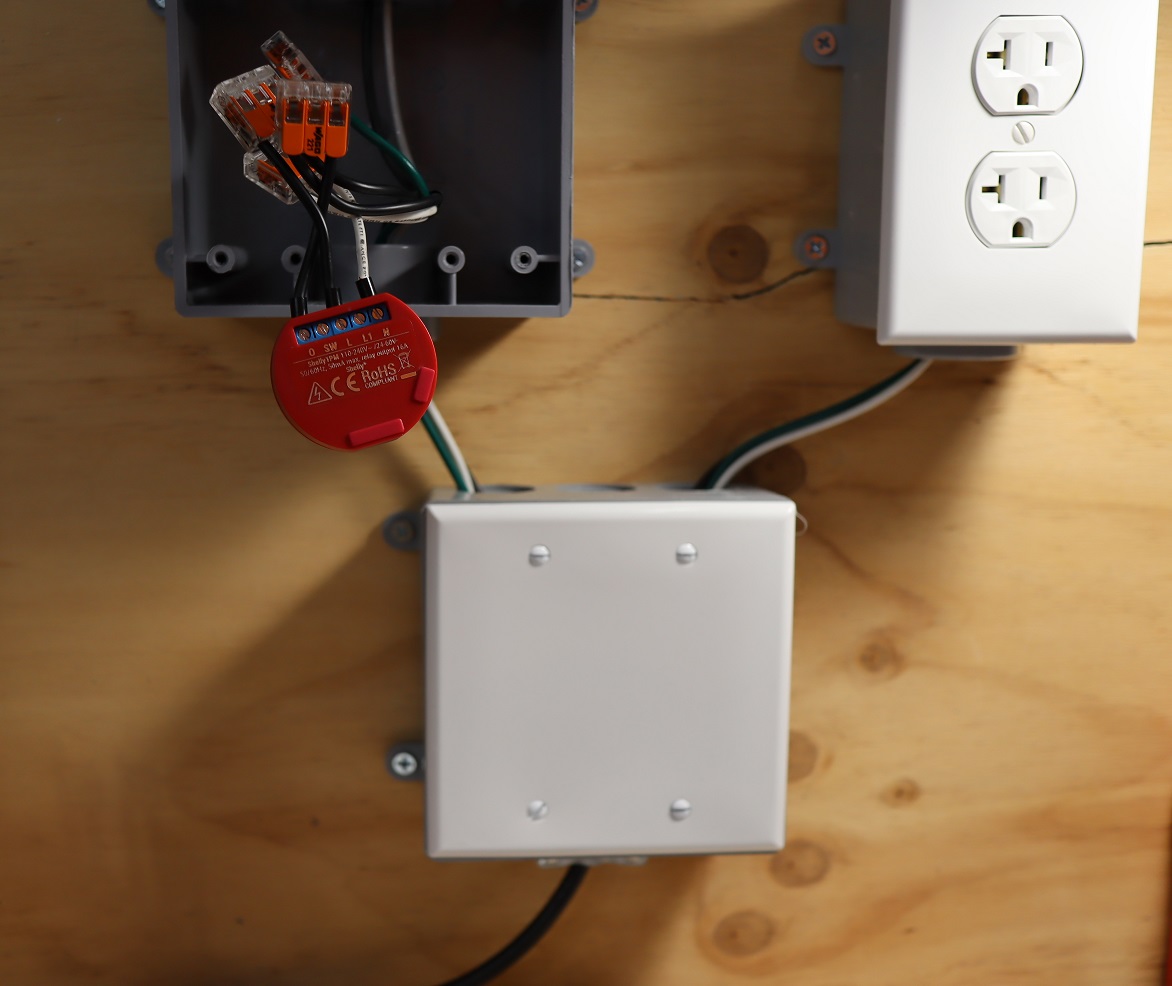 When I said that the task is super easy, I wasn’t kidding. I did a bench install with a lamp to illustrate how the final version will work in the attic. The Shelly 1PM requires a Neutral connection and incoming 110v (connected to L in the picture), along with O connected to load, driving the fan. 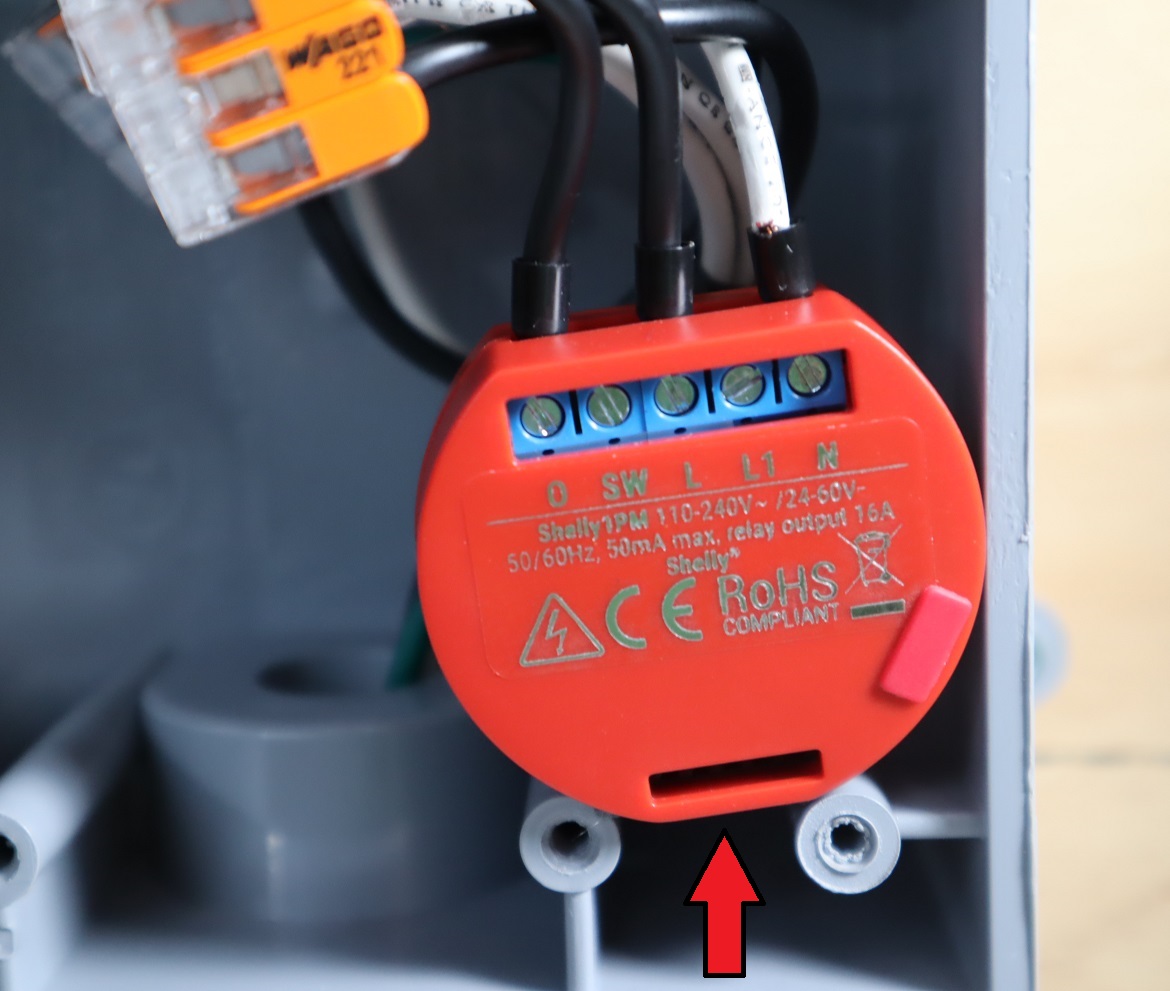 Remove the rubber cover that protects the Shelly 1PM’s header, noted by the arrow. 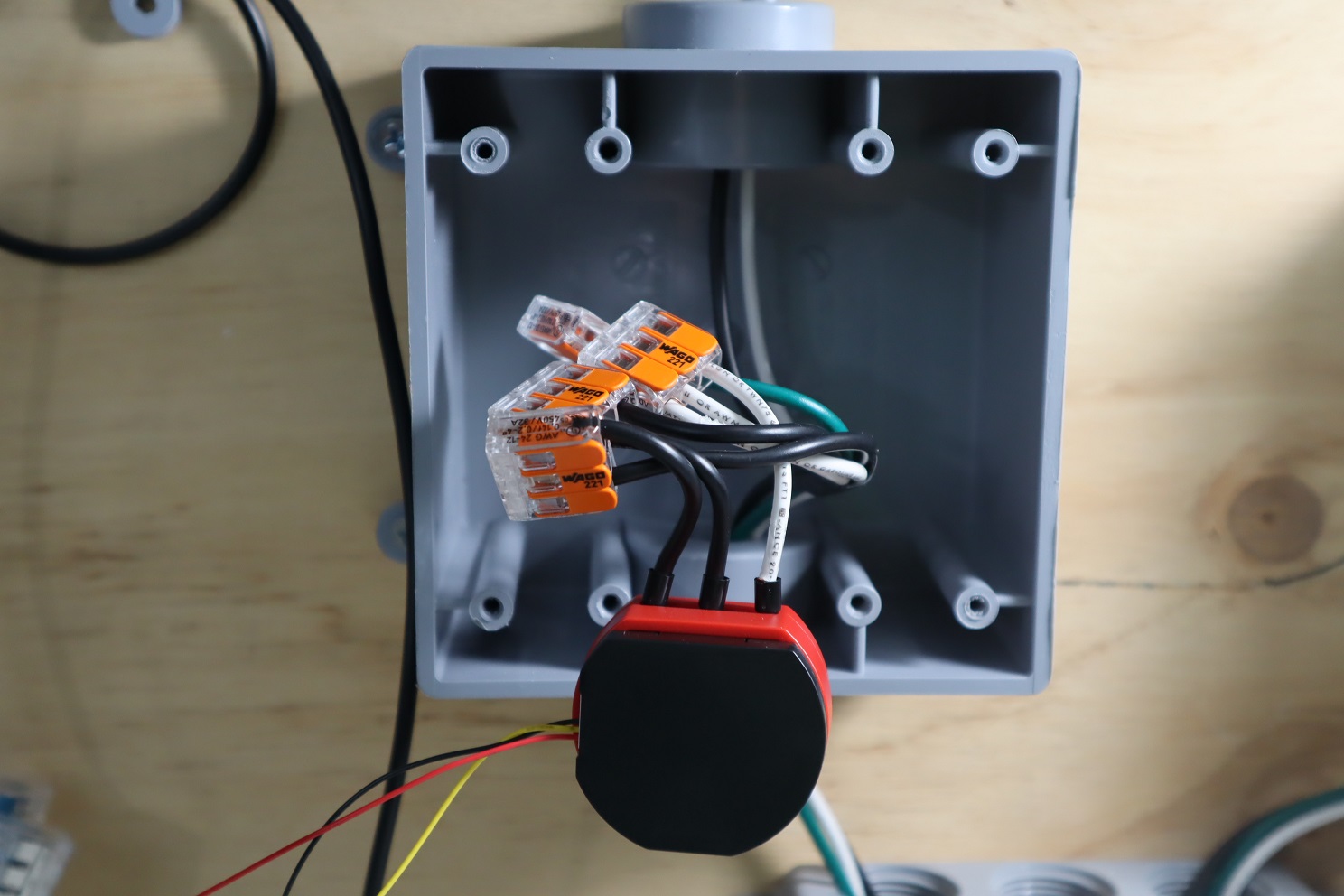 The Temperature AddOn snaps in easily. 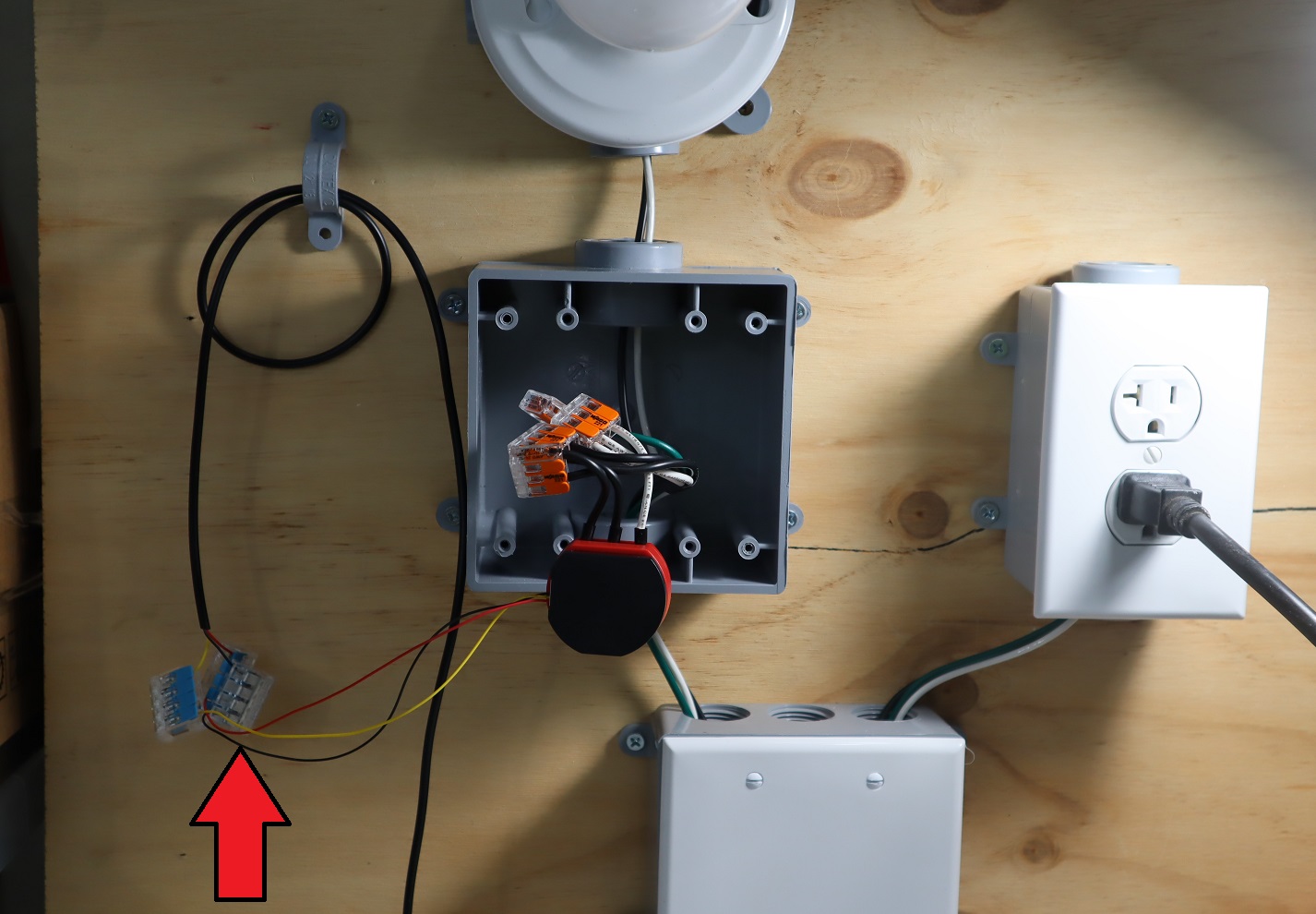 Connect like colors between the Temperature AddOn and the DS18B20 – red to red, black to black, and yellow to yellow. Three Wago-style connectors are included with the AddOn, making it easy to as many as three probes (the most that the device will support).

Here’s a brief video showing the AddOn in action.

I recorded this on the phone at the same time, to show the relay turning on when temperature exceeded 80 degrees. That’s the heat gun you hear in the video.

Now there’s just one final trip to the fan in the attic and this chore is done, permanently!