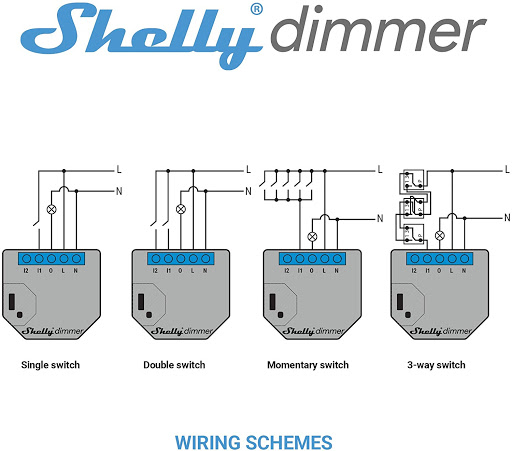 Shaun Ellis, owner of Smarter Home of the Carolinas, took the time to document a recent project where he used the Shelly Dimmer to retrofit the fixture for a lamp post. Please note that Shaun used the original Shelly dimmer, though the Shelly Dimmer 2 will work just as well (or better) in this application! 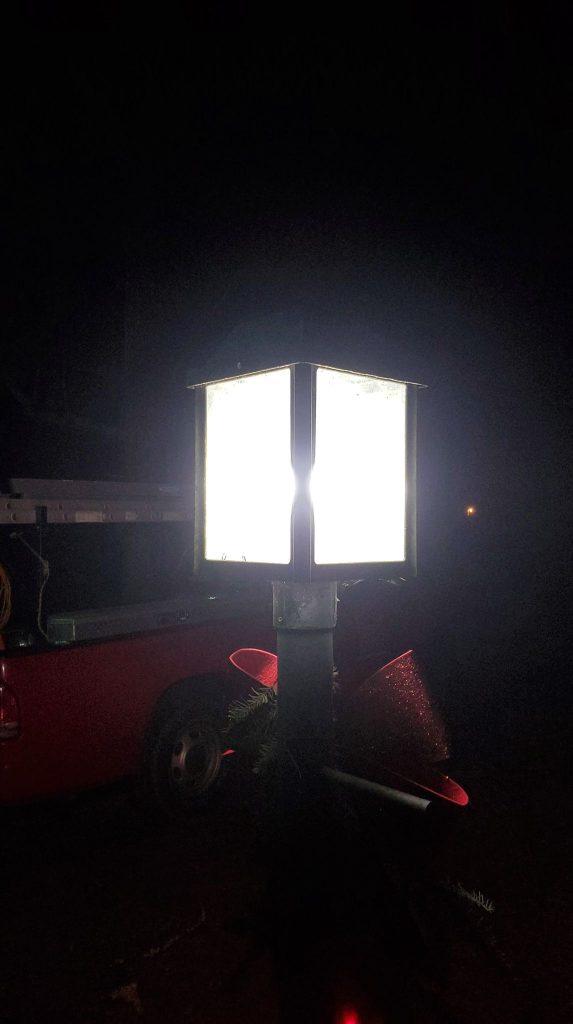 Santa was good to me and the wife by way of a new post top light fixture for the lamp in our front yard. For as long as I can remember we have had a square box like lamp mounted atop a post in our front yard. Over the years I’ve changed many a bulb in this fixture, changed out a few photo eyes, and even rewired it due to underground damage to the wiring. Most recently (5 years ago) we automated this light, it was one of our first steps in the arena of platform automation, at the time with SmartThings. Like I suspect many of you my “yard light” was on a switch at the front door, but there was also an outlet WAY out in the front yard that was on the same switched line. When we decided to automate this light we went simple with a Cree Connected Zigbee bulb. This setup performed well for us after we added some more Zigbee devices to strengthen our Mesh. After a few weeks of the bulb being in place we decided that the switch in the wall was no longer necessary, so it was removed and the load wires were joined. This provided constant power to the Bulb in the lamp along with the outlet out in the yard. 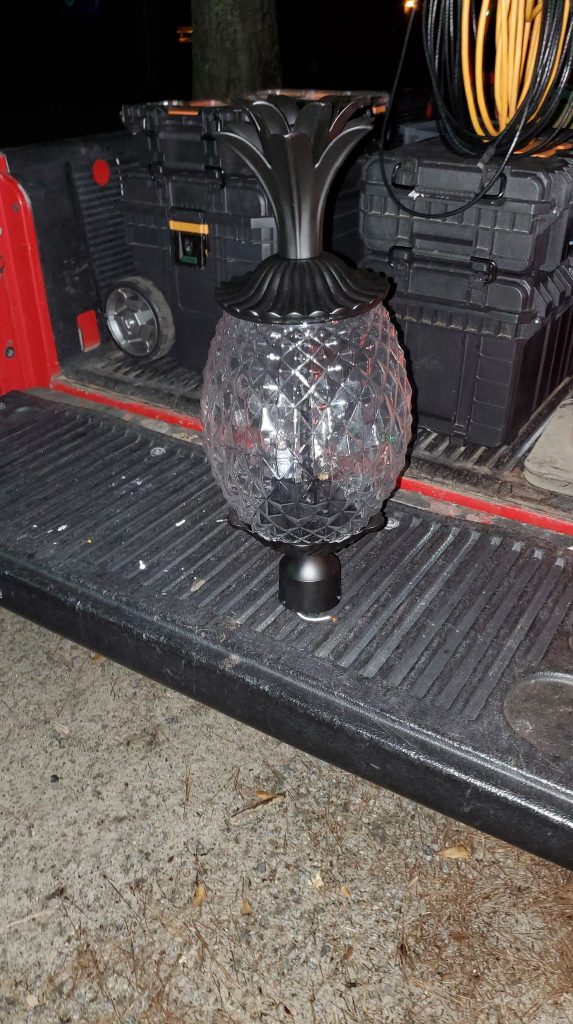 So with the back story told, Christmas Eve a new decorative post top lamp was under our tree. The new lamp was a nice Pineapple design with a decorative cut glass globe and it was illuminated by 3 candelabra based bulbs. The light was really nice but I was a bit concerned how it would fit into our fully automated home. I could have swapped out a Dimmer back in the wall box, going back to the original electrical design of the house, but remember the outlet out on the yard. I could have added a photo eye to the post, but that in my opinion would be backing up. I ended up deciding to go with a Shelly Dimmer which I’d end up mounting inside the post just below the light. 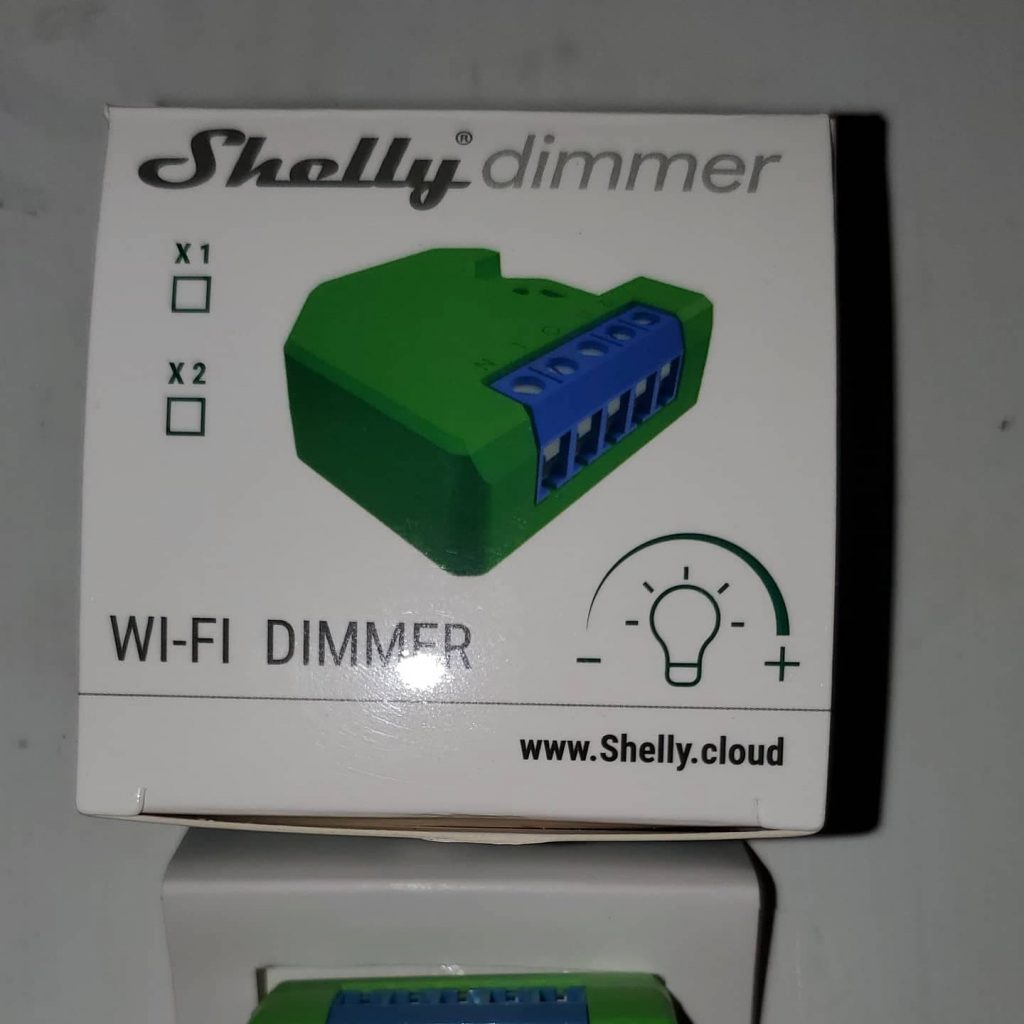 The Shelly Dimmer is a great little single channel dimmer capable of dimming a 2A load (about 240 watts). It has 2 switch inputs both controlling on/off/dimming allowing for multiple control options. Its size is similar to that of an Oreo cookie, so it will fit in some tight spaces. In my case, this compact size was an advantage allowing it to fit into the post top, allowing full circuit amperage to go to that outlet further out in the yard. 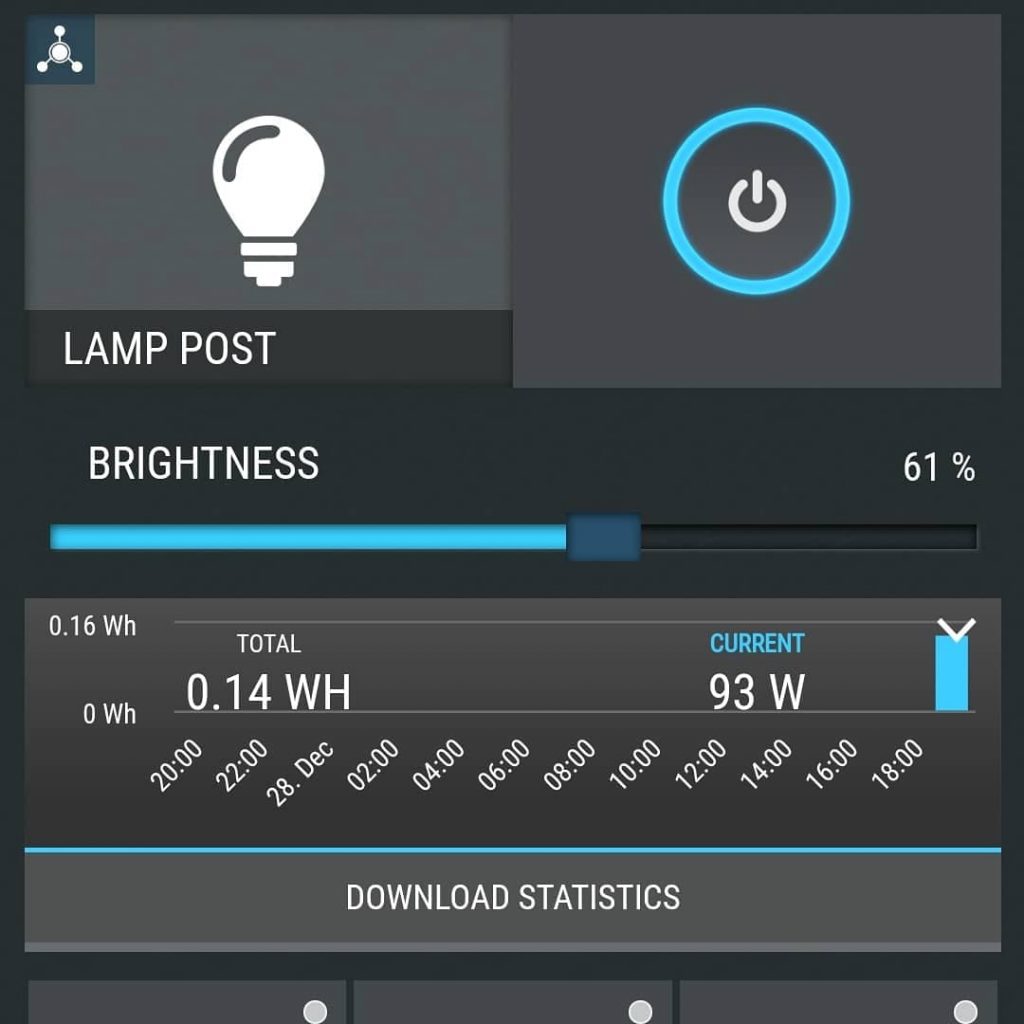 Setup and installation was fairly simple. I always program the Shelly products before I install them, it’s just easier. Power up the relay and then in the Shelly App select add a device, the app will look for the device within your network, once it discovers the device you’ll select it , name it and place it into a room. From there you’re done. The Shelly App has the ability to set scheduling based on time/sunrise/sunset and these times are retained in the device, so should the internet go down, your device will still function.

Installation at the lamp was about as simple. Cut off the power, yes I feel it necessary to say that. I pulled the old lamp off, added 3 short leads off the Shelly (neutral, Line In and Load Out) and tied each back to their appropriate source or destination. While the short leads are not necessary, it just makes it easier and allows for changes later. I highly recommend Wago connectors, but good old wire nuts work well. I did not use either of the switched inputs for my application as it was out in the yard and controlled 100% by automation. Also, my new lamp used stranded wire, if you decide to connect stranded wire directly to the Shelly please use ferules. From there it was just a matter of tucking things inside the post and setting the lamp atop the post. 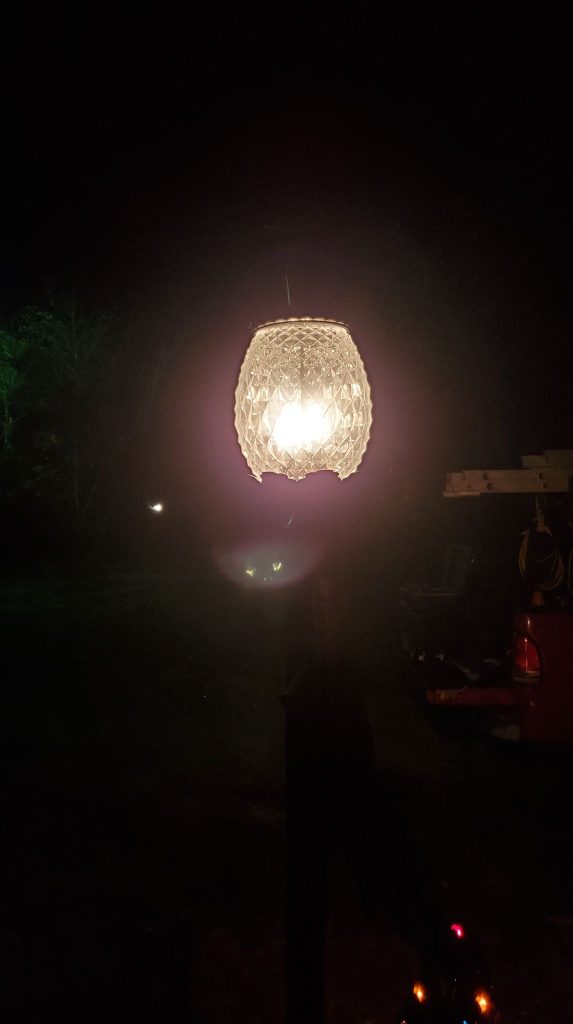 I added my new Dimmer to my home automation system Hubitat and then replaced the old bulb with the new dimmer in all my established automations. The Shelly will also work with a host of other home automation systems including – Hoobs, Home Assistant, SmartThings – and it works with MQTT & REST. You could also flash your own firmware or something like Tasmota on the device by way of the included Dupont Rail. 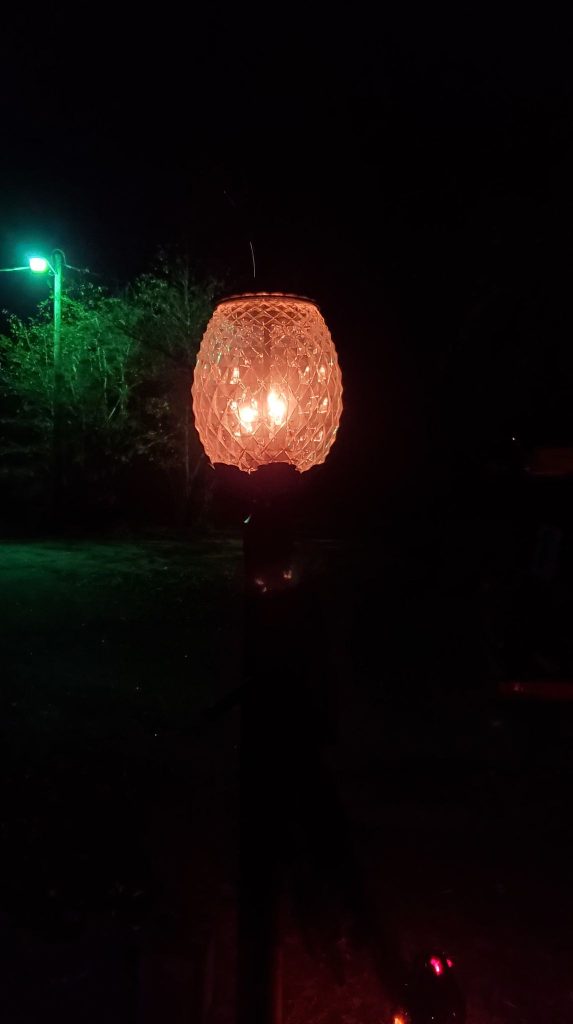 I highly recommend this dimmer along with the full line of Shelly devices. One key advantage over the connected light bulb it replaces, the Shelly Dimmer can dim to 1% and with incandescent bulbs it looks really cool. I have found the Shelly products to be highly reliable and capable devices as well as being cost effective.

For more information on products check out