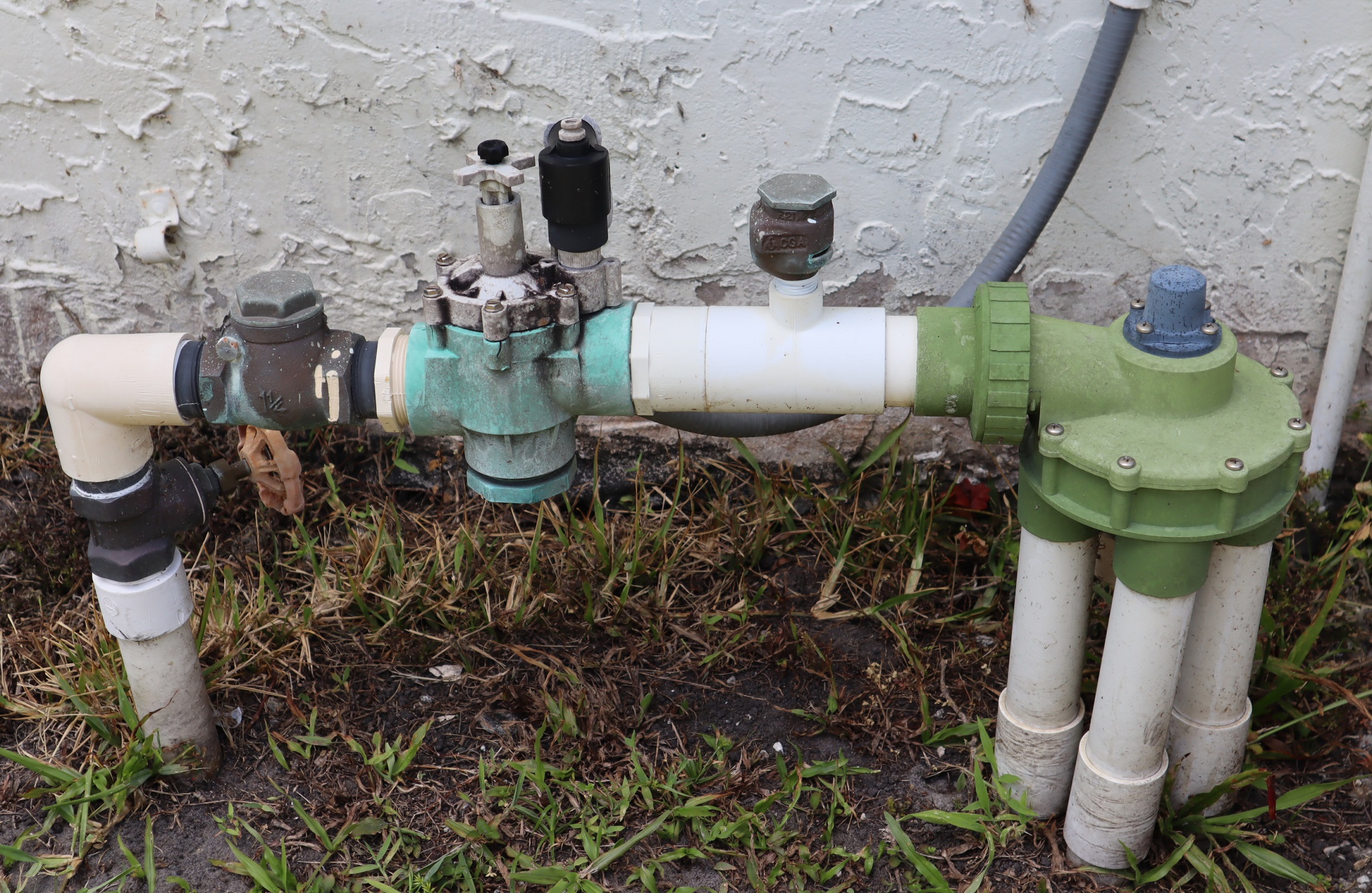 If your sprinklers run on a standard 110v or 220v irrigation timer with a three way toggle switch, you can automate your system in less than 10 minutes. The caveat? If your timer isn’t installed in a PVC box, you need STRONG Wi-Fi.

Since the Shelly US store is running a 20% off sale on two packs of their UL listed relays (you can find it HERE if you’re interested), I wanted a project to justify stocking up on them to my wife. Since we’re in a minor drought and the grass is looking sad, I decided on the sprinklers. 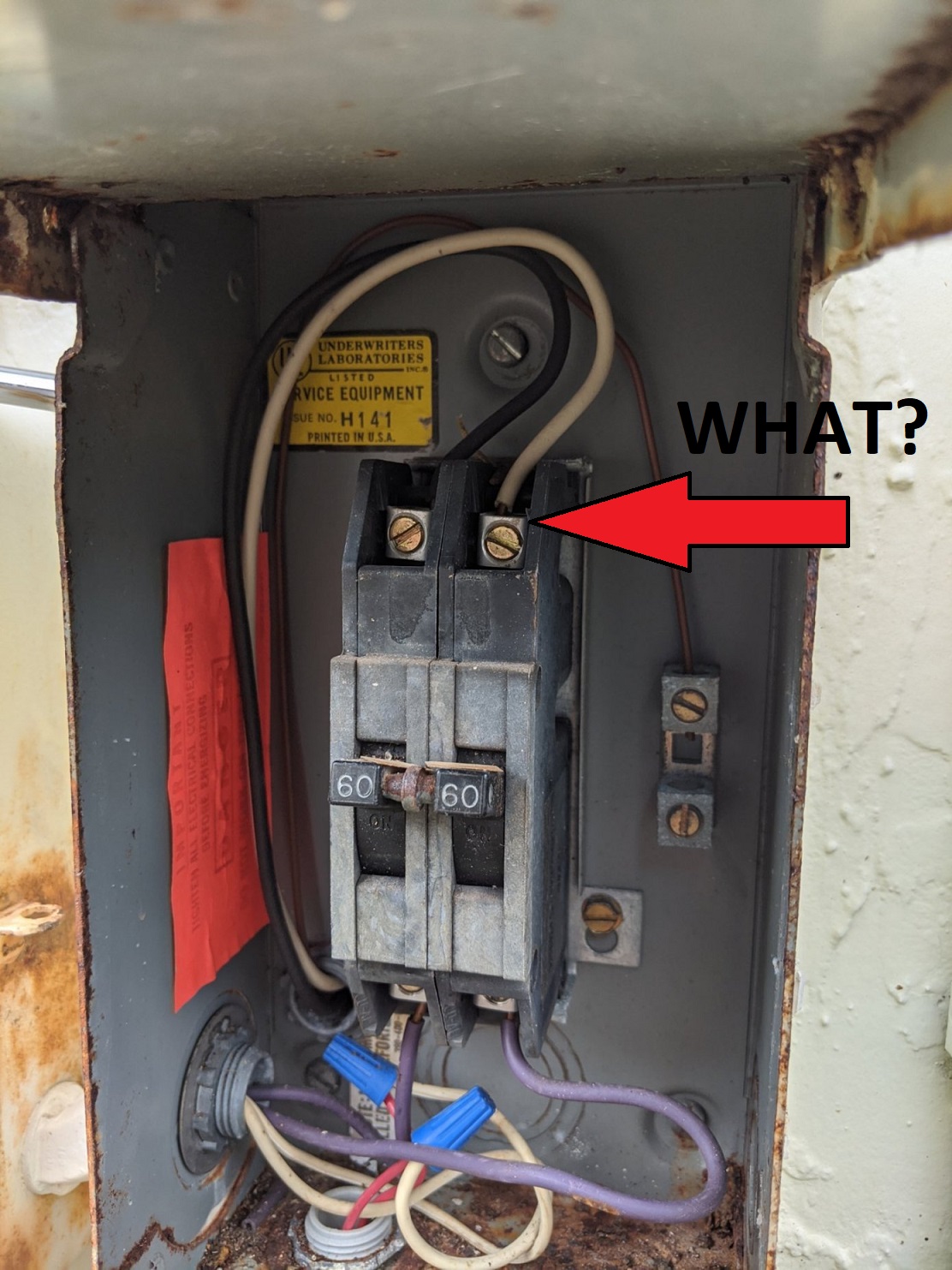 First, I checked the wiring of the irrigation timer and found a serious issue. The prior homeowner did most electrical work himself and, sometimes, it seems he looked for the hardest way to do things. In this case, he dropped in 10-2 wire to a 60 amp breaker and then broke the neutral.

Since the circuit is has a dedicated breaker in the main panel, I bypassed the breaker on this end, which eliminates the dangerous neutral wire problem. Once the lock down ends, I’m checking with our family’s electrician on the best way to address this permanently. 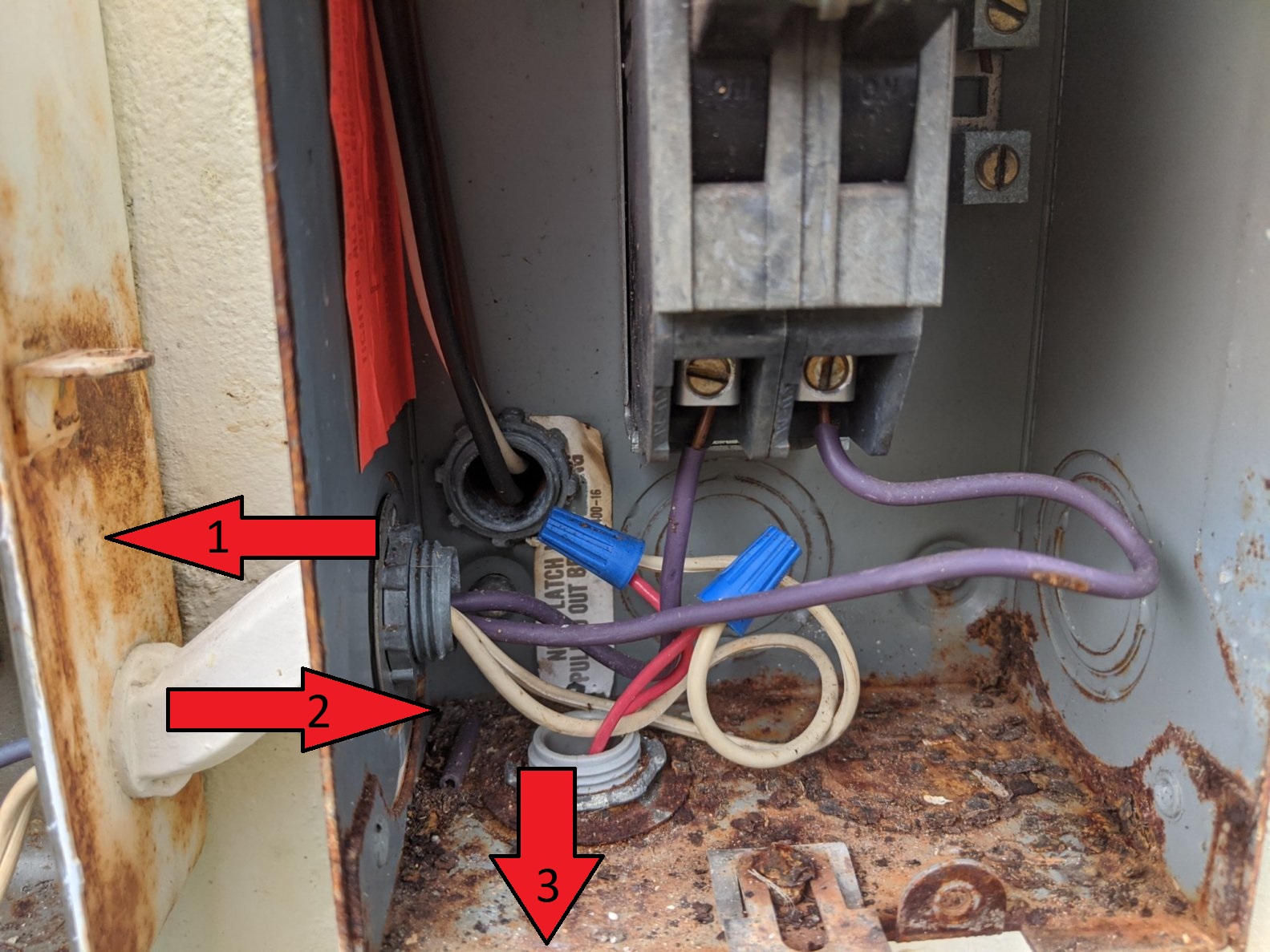 In the original configuration, two 12 gauge solid core wires carry line and neutral to an adjacent box where the timer is mounted (arrow 1). Two white wires return 24v (arrow 2) and are joined to the red wires connected to the solenoid (arrow 3). 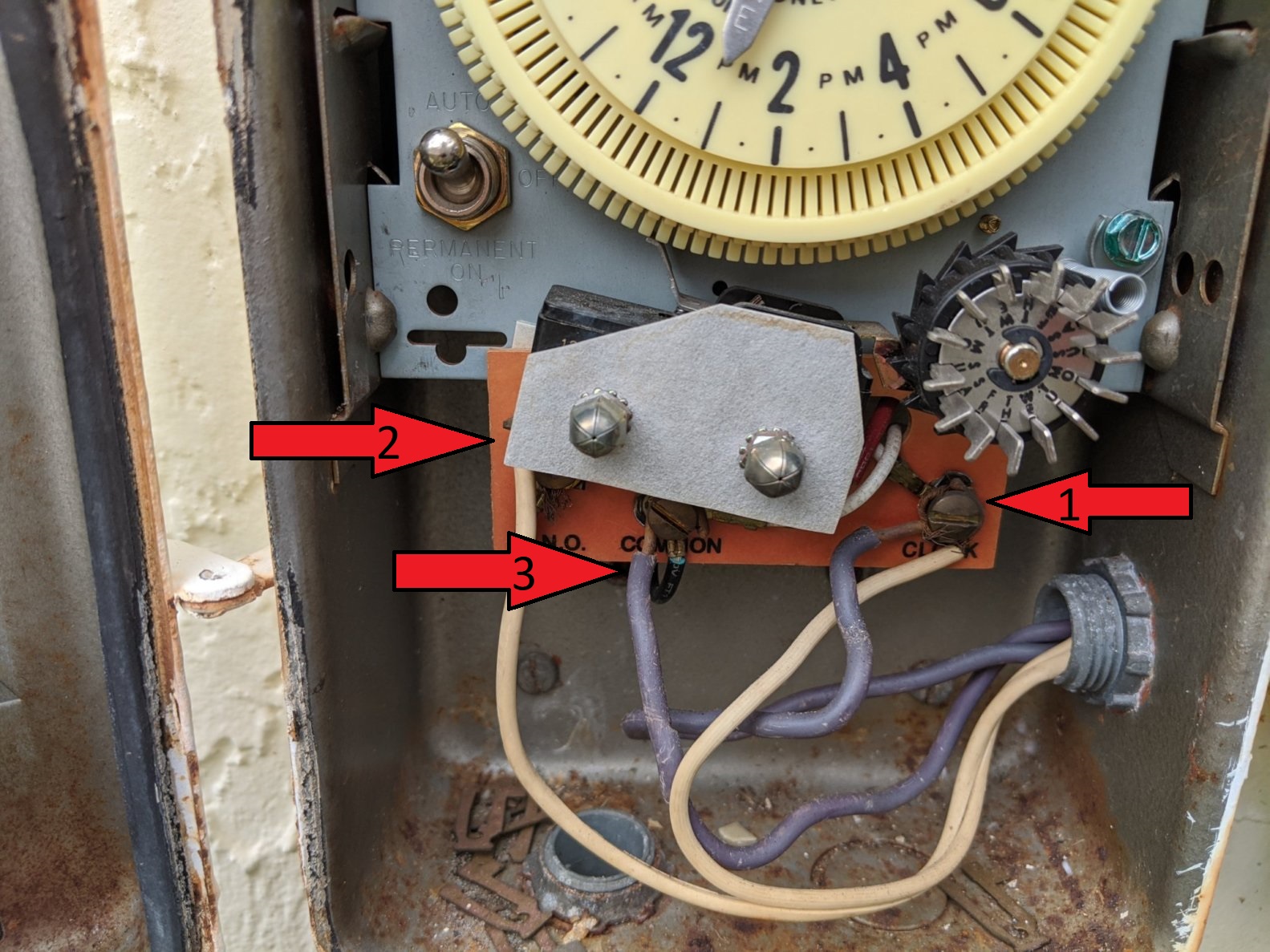 If you check the timer, you can see that neutral is connected to the Clock terminal (arrow 1) and the GND output for the 24v connection is terminated there, as well. The other side of the 24 volt circuit is output at arrow 2. Arrow 3 is where Line connects. 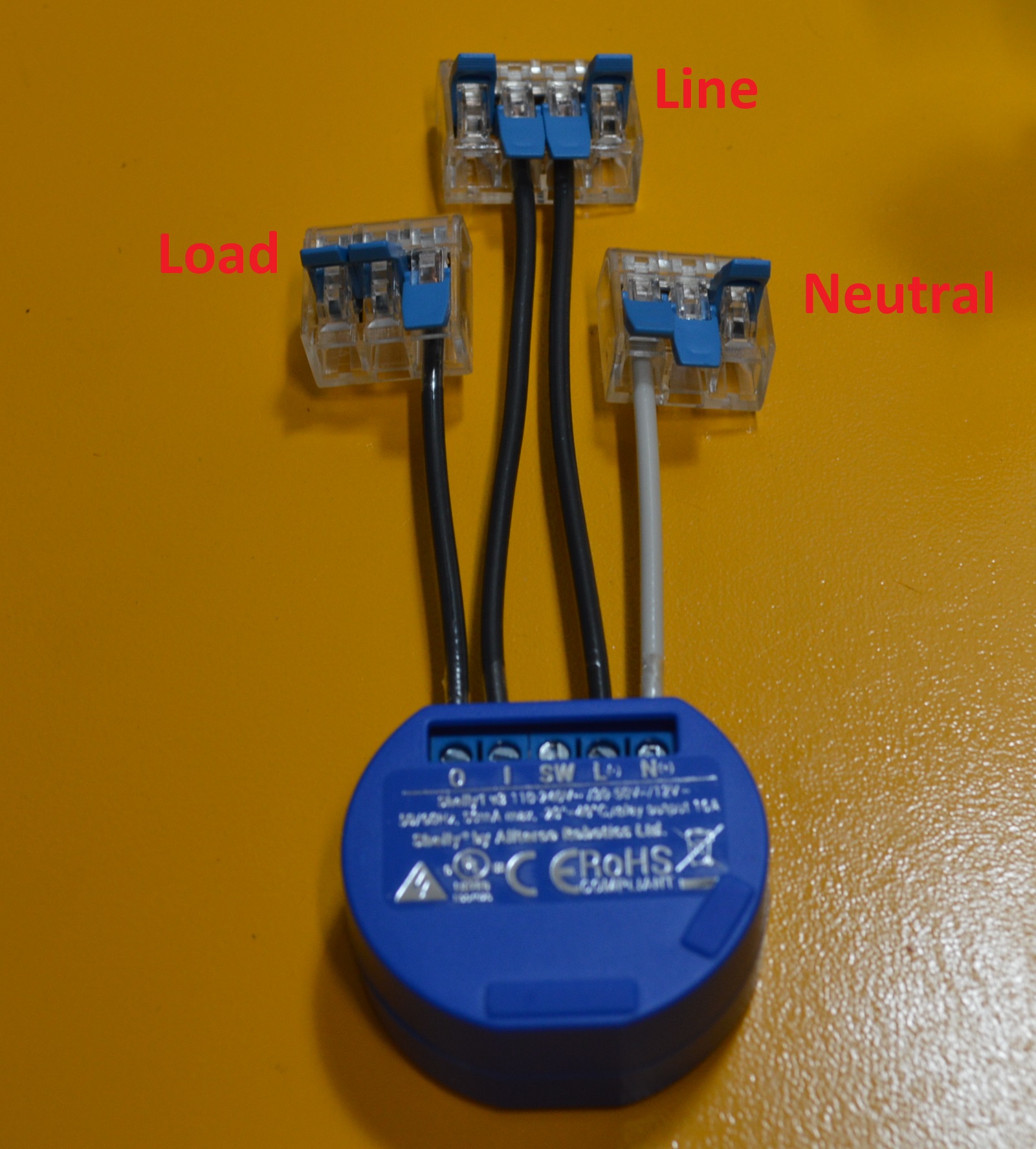 I used solid core wire and lever connectors to prep the Shelly. Because the install location is in a metal box on the far side of a concrete wall, I took the time to connect the Shelly 1 to Wi-Fi, add it to my account, and update the firmware while in my workshop.

When wiring the Shelly 1 to the irrigation circuit, I removed the wires from the breaker, bypassing it entirely so that neutral is not broken. Instead, neutral ties in at arrow 1, load connects to the lever connector at arrow 2, and line is joined to Shelly at arrow 3. 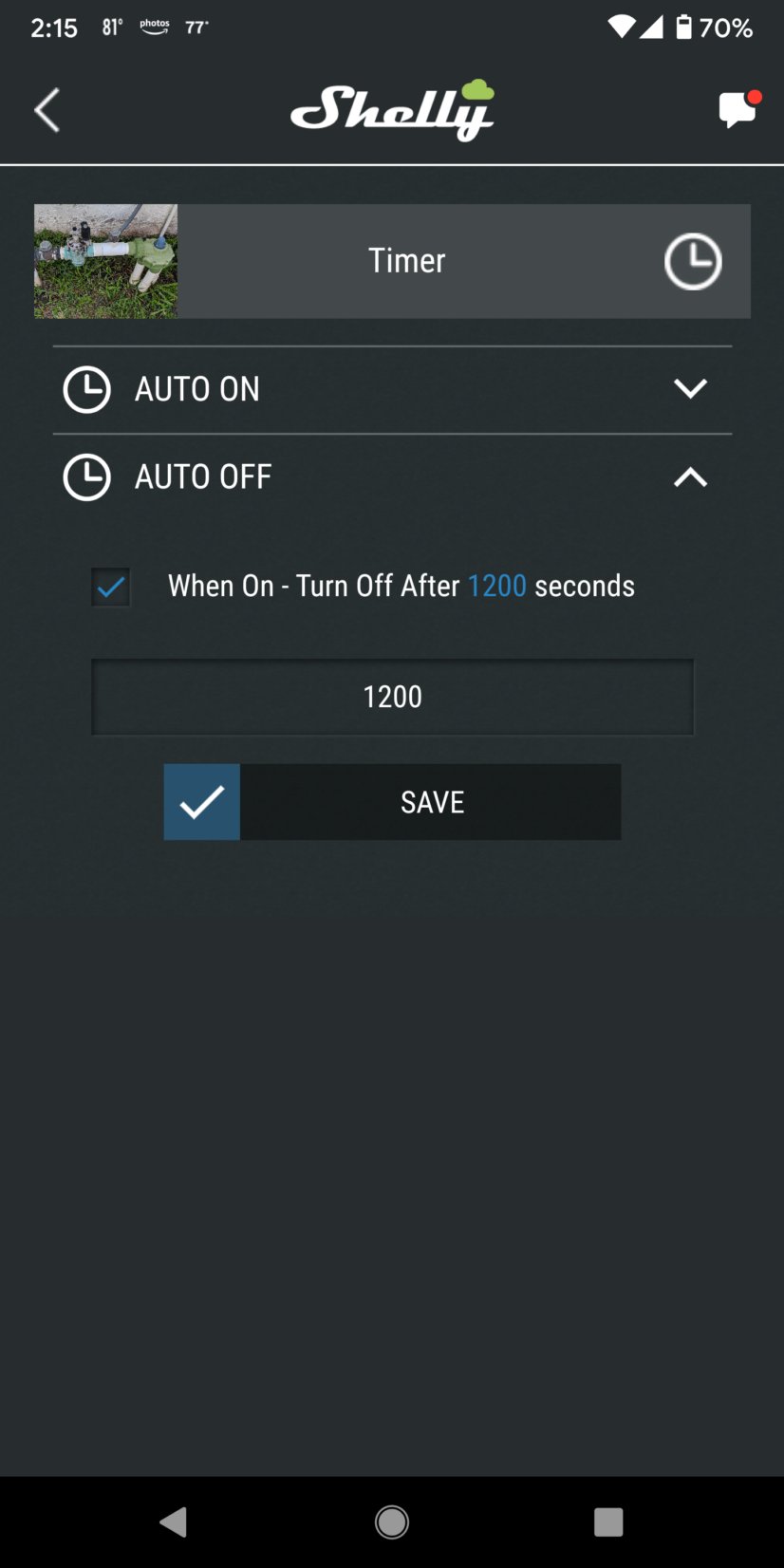 There are two quick changes needed in the Shelly app for this to work perfectly. First, I want the sprinklers to run for 20 minutes at each valve, so I set the “Auto Off” Timer function to 1200 seconds. 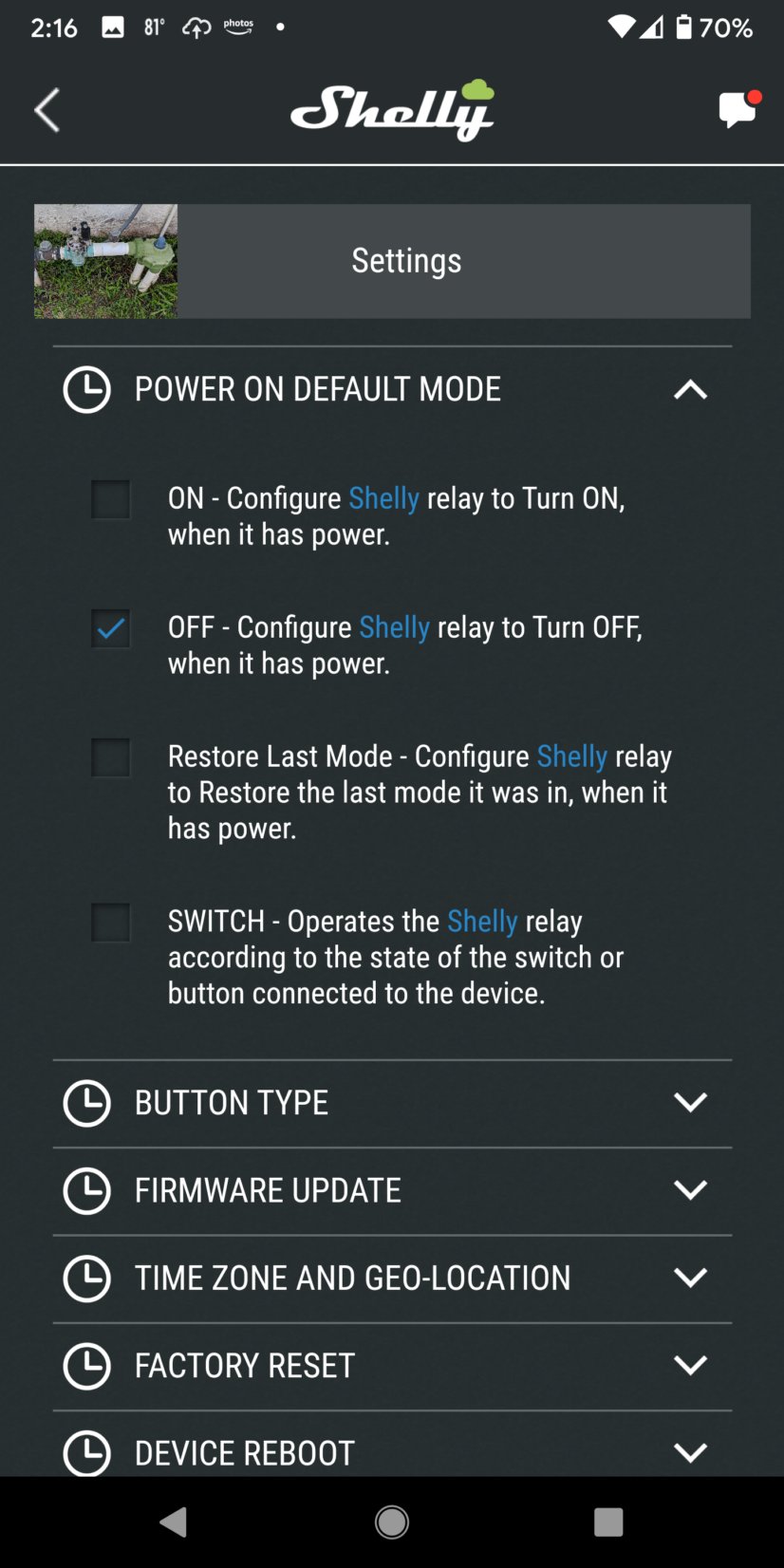 I also set the “Power On Default Mode” to “Off” so that the sprinklers don’t turn on after an electrical outage.

My irrigation system consists of three zones on a 4 zone controller (4th zone is capped, so it is skipped). For now, I water my lawn by scheduling the Shelly to turn on 3 times, with a couple of minutes between runs in case of timing conflict. In an upcoming project, I plan to combine weather data from an API along with the use of analog hygrometers to determine when I need to water the lawn.

One side note – I became interested in home automation back in the 2000’s when I lived in coastal North Carolina for a few years. The local water district billed wastewater the lazy way – for every dollar billed for consumption, another dollar was billed for sewer, even if you were filling a pool or watering your lawn. I wanted to put in irrigation, but I also didn’t want to overpay for water too often. I figured that a clever homeowner could measure the amount of rain over the prior 3 and 5 day periods to figure out if the lawn needed water. I never got the project off the ground there, so doing so at my current home is very satisfying.

It was also a very fast install, even while I corrected bad wiring practices left behind. Total time to install? 7 minutes.