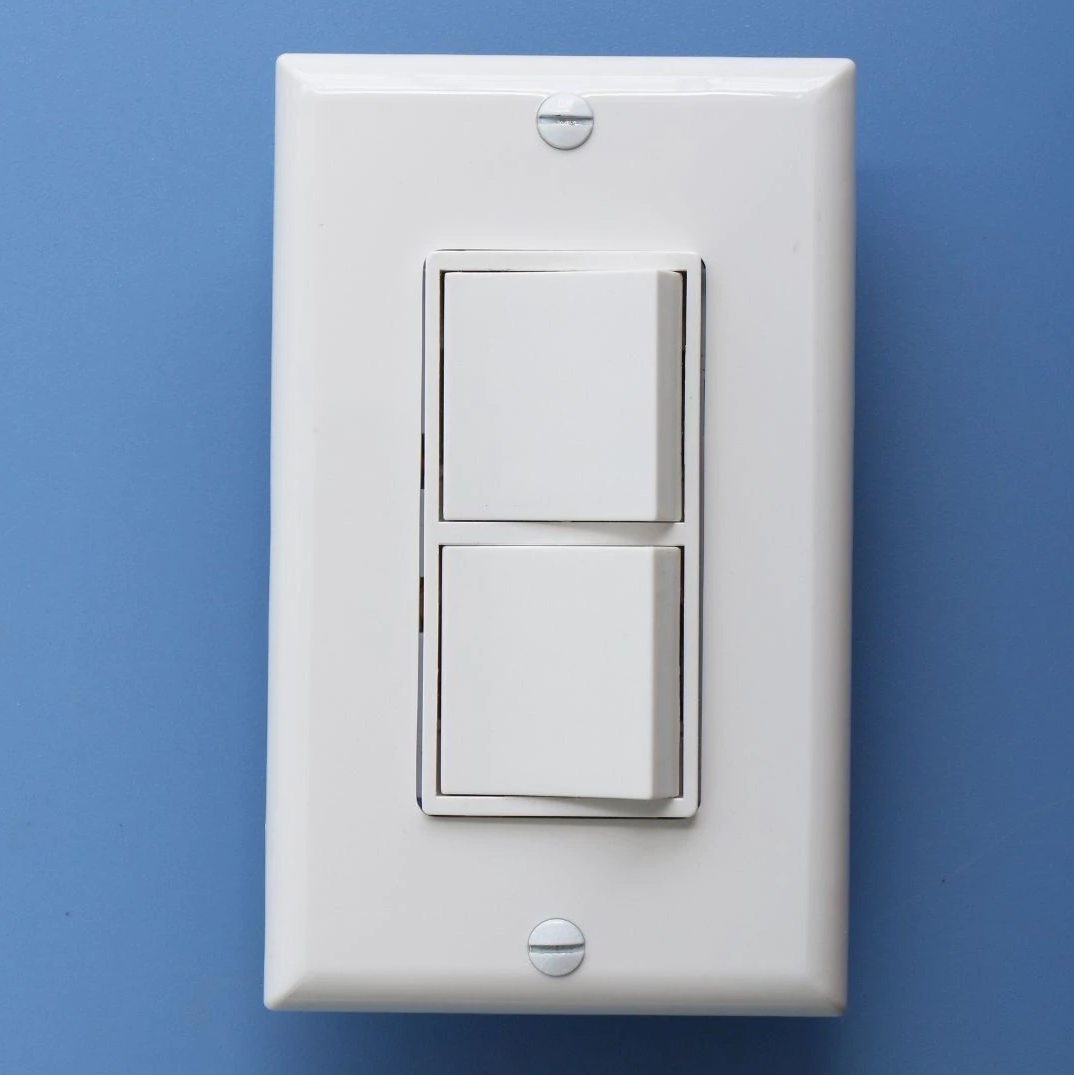 Paul Taylor from The Smarter Home Club wrote a GREAT tutorial on how to convert a Leviton dual decora switch to momentary.  A momentary switch acts like a push button – only engaged while held. This is really great for use with a project like automated blinds or a custom doorbell and, as always, Paul takes the time to break it down so any of us can do it!

I’ve seen several videos on converting single decora switches to momentary, but I haven’t seen any instructions on converting the dual switch versions. While considerably more expensive than their single switch cousins I find having the extra button outweighs the cost.

I’ve had several units in place for over a year without issue.

There are three versions of the switch. You want the version that only has one output screw for each switch.  The three and four screw versions have different internals and as of yet I haven’t successfully converted them.

The mod requires only a few steps.

I have found that there are two versions of the face plate. One with no dividers in the switching area and one with. The no divider version has always worked without further modification. On the version with the dividers. I have on occasion had to remove them from the top switch only as it will not fully return to closed. Pictured below are the two versions plus a modified unit. 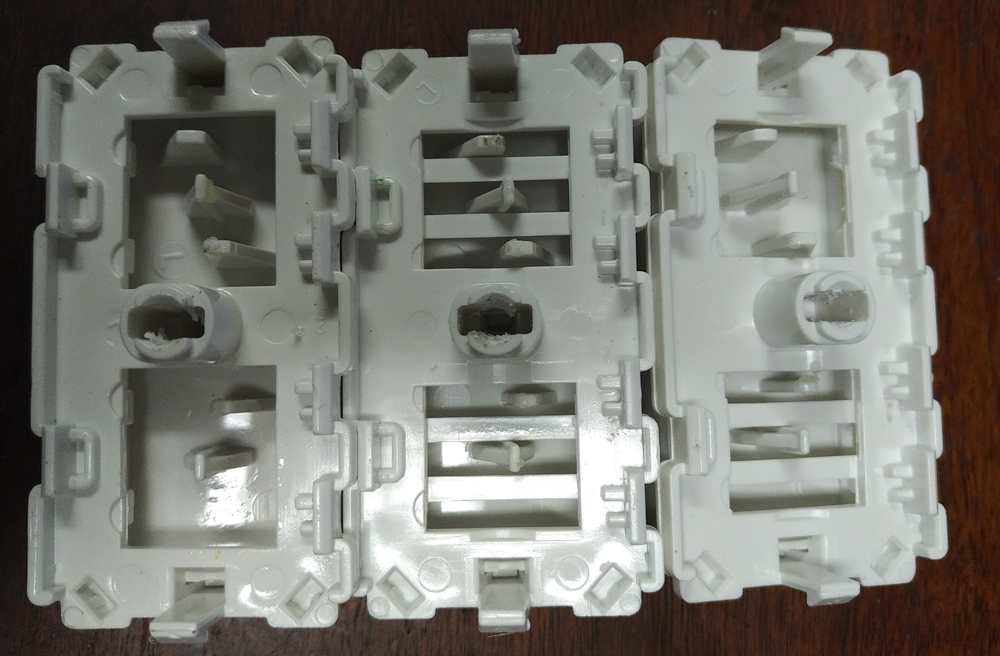 If you are using with Arduino a useful button library is available HERE. It provides facility for Single Press, Double Press and Long Hold.

The YouTube video below shows both the expected function and a unit which was sticking prior to removing the dividers.