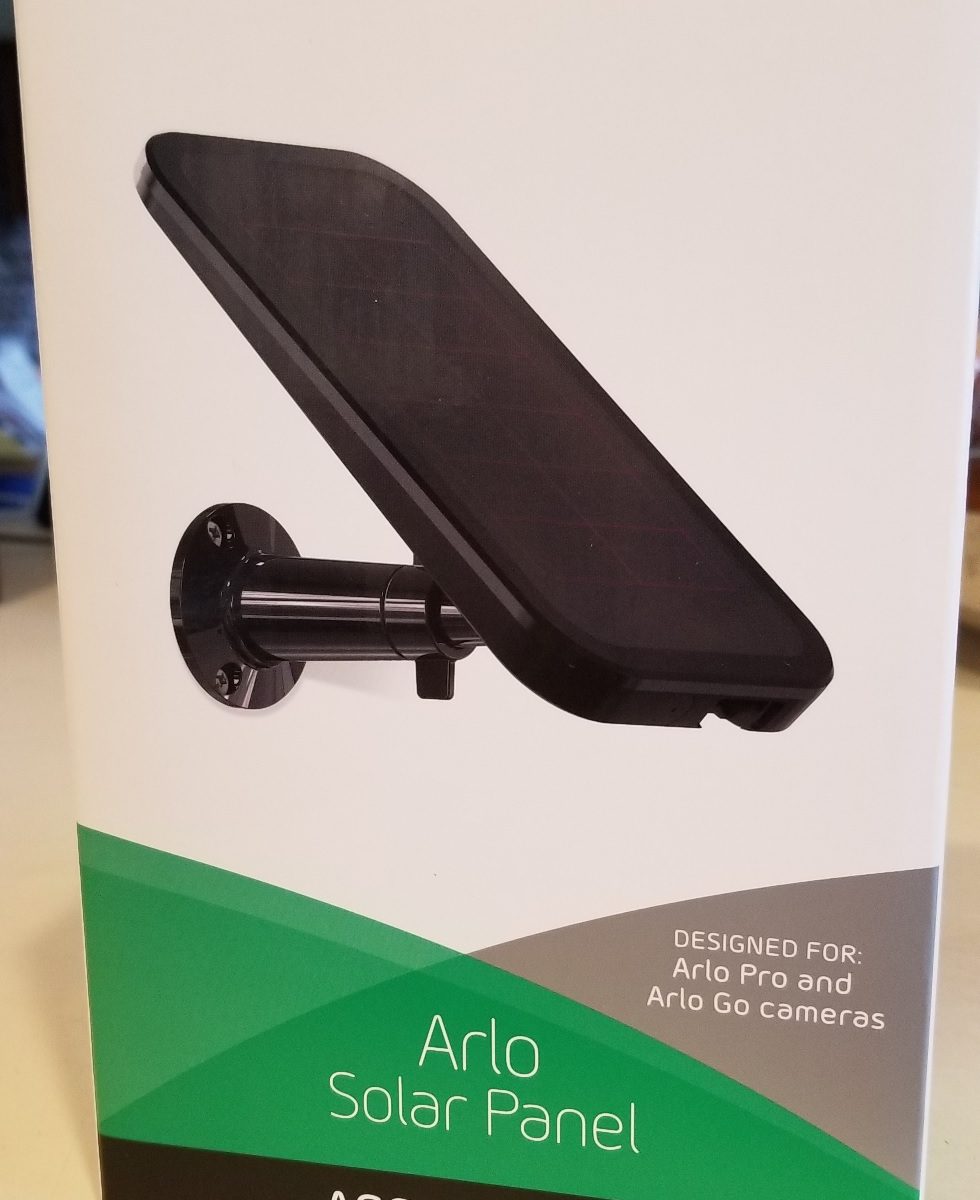 My last post on the Arlo Pro 2 camera system covered solar panels (panel entry HERE – original camera setup is HERE). After the install, I found that the batteries required recharging every 5 or 6 days. With one camera out of reach, that meant climbing a ladder while I try to pop the camera off its magnetic mount. The solution was to add solar panels. The Wasserstein brand cost 25% less than the Arlo brand, but, unfortunately, the performance was more like 50% less…

Over the course of a few weeks, I noticed that, while the rate of discharge was dramatically decreased, the panels never actually INCREASED the battery’s charge, even on very sunny days. Sure, its winter, but this is Florida, and there’s tons of sunshine, even during rainy season. The batteries alone tended to discharge at a rate of roughly 20% per day. With the panels, the discharge rate dropped to roughly 5% per day. My expectation was that the panels would keep the batteries topped off given their rating and the amount of direct sunlight available most days. 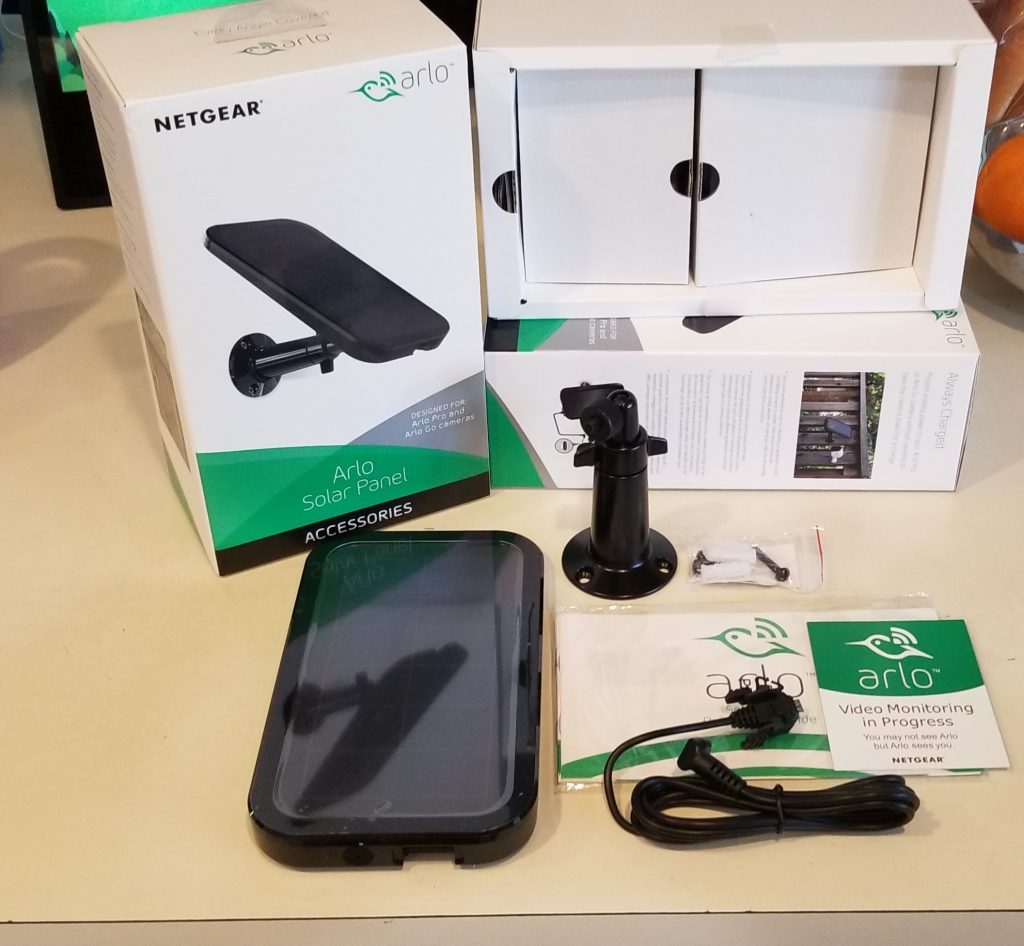 By chance, I came across a deal for a 2 pack of Arlo brand solar panels on www.costco.com and found that the two pack was only $10 more than the price I paid for the two Wasserstein panels. These never last long at Costco and I was still in the return period for the panels from Amazon, so I pulled the trigger and got the panels in yesterday.  This morning, just before noon, I decided to swap out the panels. I checked the battery levels – 50% on the “Canal” camera and 49% at the “Pump” camera. 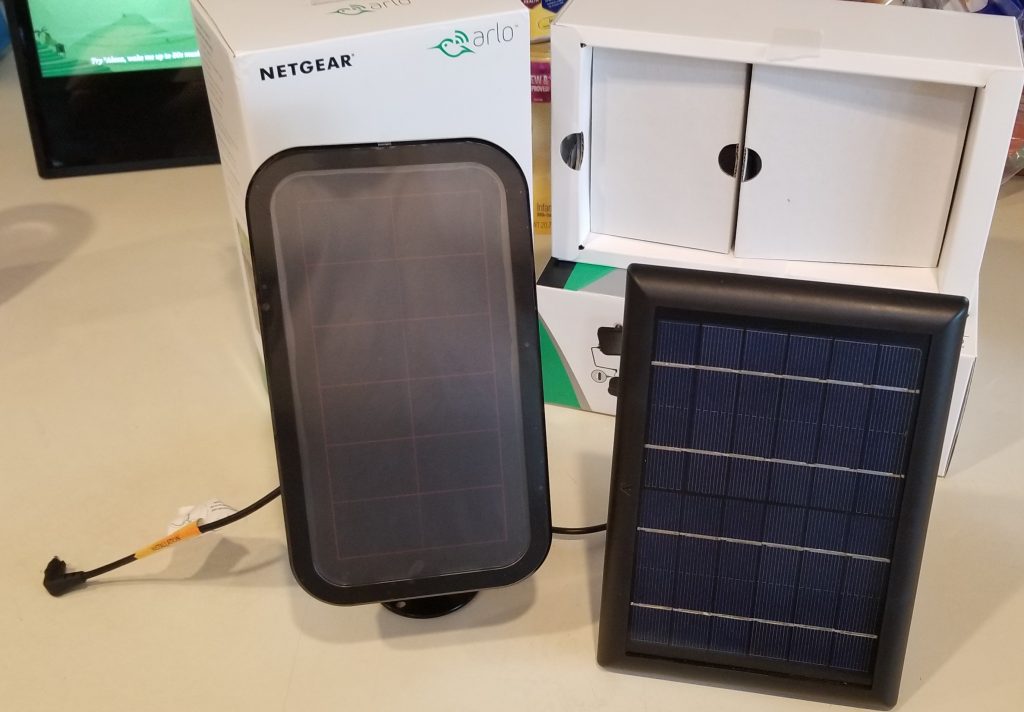 My first step was to remove an old panel so I could do a side-by-side comparison. The same cheap screws thwarted my efforts today. Of the 3 original screws in the mounts, I had to drill out two of them to remove the mounts. You get what you pay for. 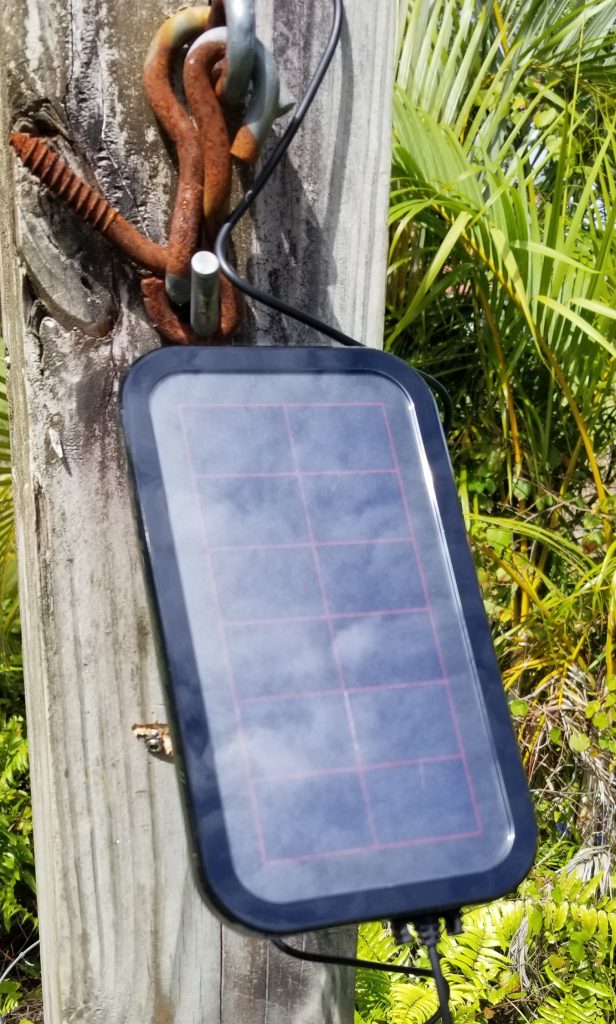 By contrast, the Arlo panels are considerably sturdier. Everything has more heft, so I’m more confident that it will stand up to the winds of a strong storm. The Arlo panel surfaces are a tiny bit smaller. Usually, more surface area means more power generated but, in this case, the Arlo panels have much higher quality cells (picture still has the protective film over the panel). Unlike the plastic Wasserstein mounts, the Arlo mounts are unusually heavy, made of metal, and the head can rotate in a complete circle (in addition to changing the angle towards the sky).

Just the difference in the mounts, allowing me to point directly towards the mid-day sun, will provide an improvement. The Wasserstein panels were always “as close as it will let me,” where the Arlo panels are “exactly where I need them.” That alone is worth the extra $10.

After I had both panels mounted and both cameras connected and re-positioned, I decided to check the battery levels. I didn’t expect any change, but…

In just the time it took for me to do the install, then put away the ladder and my tools, the first camera had charged 4%, the second had charged 2%. As before, I’ll want to keep an eye on things over the next couple of weeks, but this is a great start!