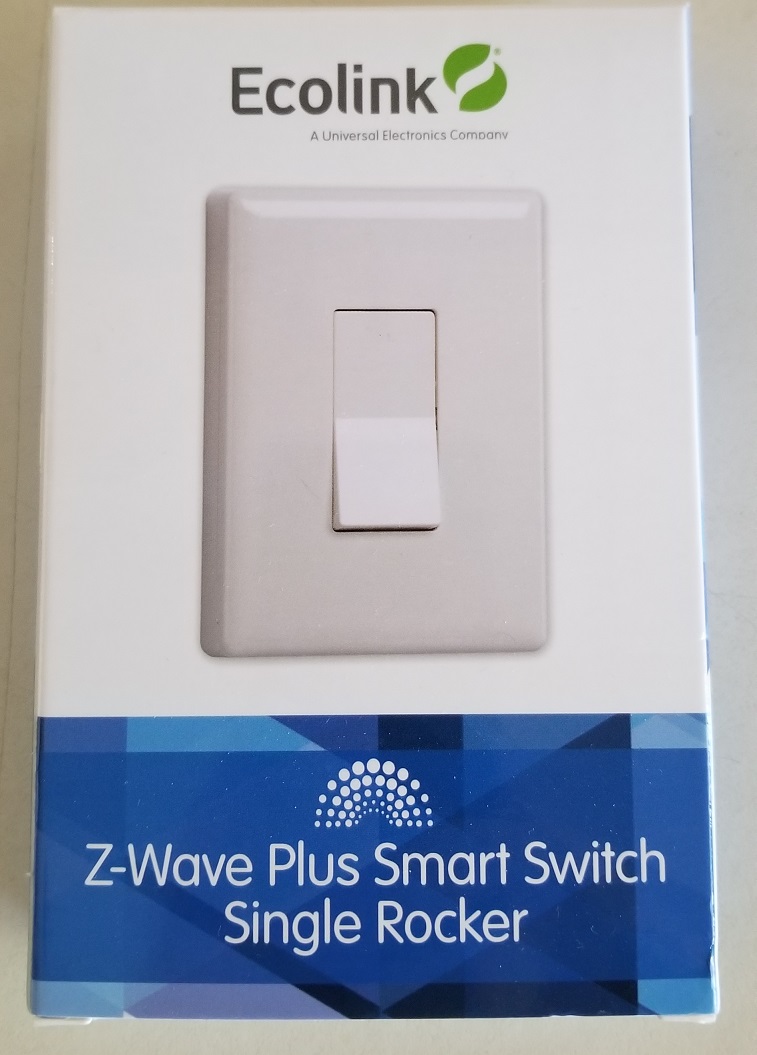 There are two things I don’t like in my home automation – Bluetooth and batteries. For me, Bluetooth is fabulous for headsets and speakers, but if there’s more than a few feet between the source and the traget, you’re going to have poor performance unless you’ve got top of the line components. As far as batteries go, if there’s something controlling electrical or electronic devices in my home, I want them on the same circuit as the device. Keeps things simple! Plus, I don’t like to change batteries constantly (as you’ll see below).

Because of those two predispositions, I have dismissed a whole class of automation devices – devices like the Switchmate Snap-On products. It was just too much to deal with that they both required batteries and communicate via Bluetooth. I thought that if they worked via Wi-Fi, Zigbee, or Z-Wave, I’d be much more likely to give one a try.

Recently, I ran into a problem with automating the new light for my pool. The Pool was added after the house was built, so the switch is sitting on the load/line for the transformer on the opposite side of the wall from the pool equipment – shallow gang box and no neutral. Since this is where we have one of our pantries in the kitchen, this is an important switch to automate. We’ve been using a stick to flip the switch off and on.

While there are a few rare switches that will work with home automation systems and do not require a neutral, none of the will fit in a shallow gang box. That’s when I remembered the automated switch plate covers and decided to see if the product selection had broadened. It had!

Ecolink is available on Amazon and is a Zigbee controlled battery-powered wall switch plate cover. It’s about 3/4 inch thick, so it really isn’t that noticeable unless you’re looking for it. From the other side of the room, you’ll never notice the size difference. 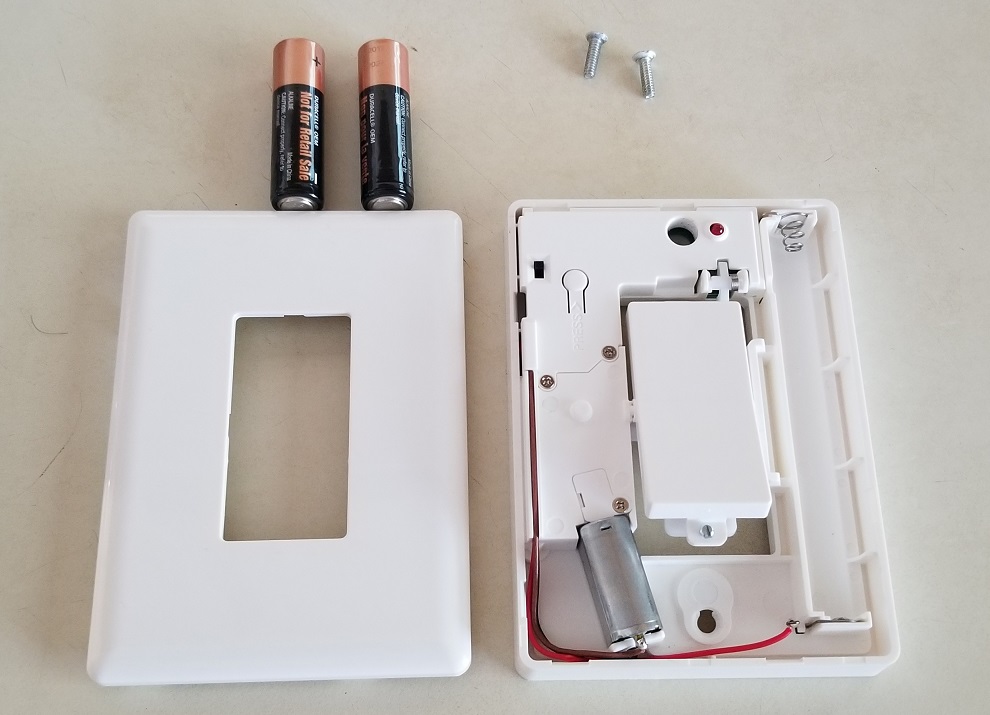 The switch I was replacing was a standard single pole toggle light switch and the Ecolink I ordered works with paddle switches. That wasn’t a big deal, just two wires to change. The one I picked up is a dark brown color, but since it will not be seen, the fact that it doesn’t doesn’t match won’t affect WAF.

I can’t overstate how easy this was to set up. Before I placed it on the wall, I put in the batteries and pressed the reset, then I searched for it using my Hubitat hub. It will also work with SmartThings, Wink 2, and other hubs that support Z-Wave. I was able to instantly add it to Alexa. using Alexa, I was able to fire off the switch using voice control without having mounted it yet. 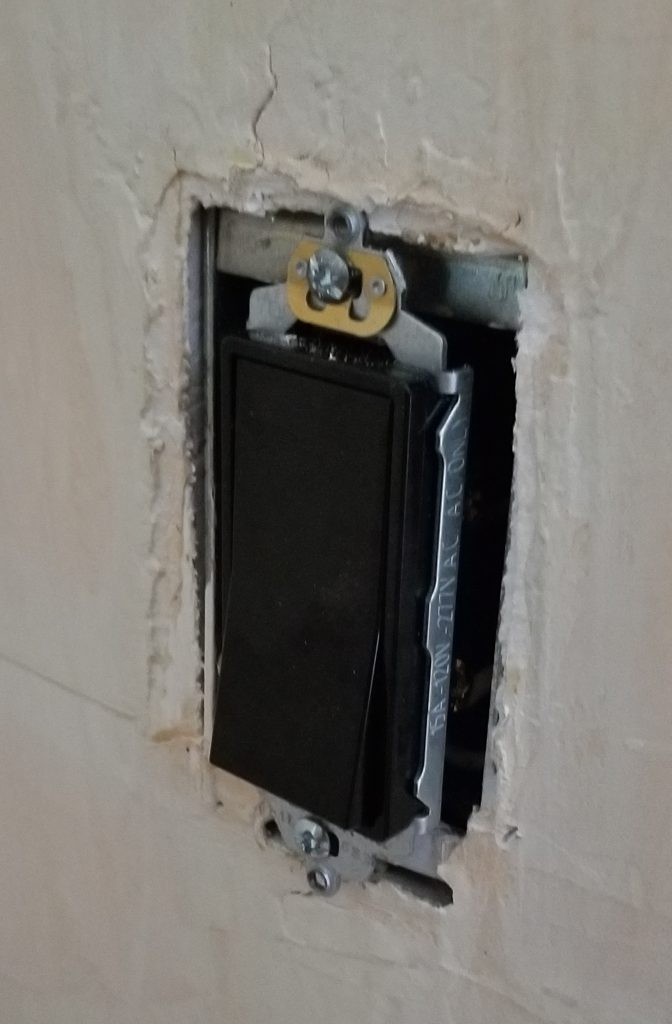 Mounting it was as simple as anyone could hope for – remove the two screws from the existing wall plate (retain those, as you know they fit your current switch and the Ecolink didn’t come with any). Use those two screws to mount the Ecolink wall plate. The red LED should go at the top. This does matter, as you’ll have to tell Alexa to turn the switch off to activate it if you install it upside down! 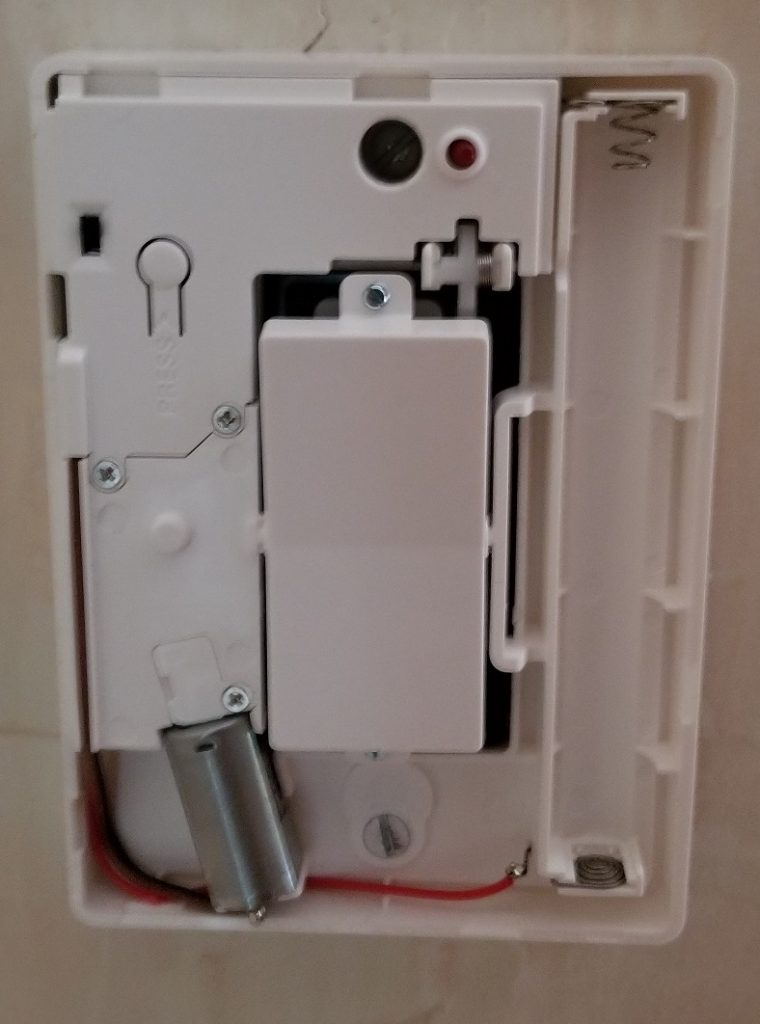 Once you’ve got the switch in place, put the batteries back in and snap on the cover. I’d test it to make sure that everything is seated properly – I had a slight misalignment of the cover on my first try. 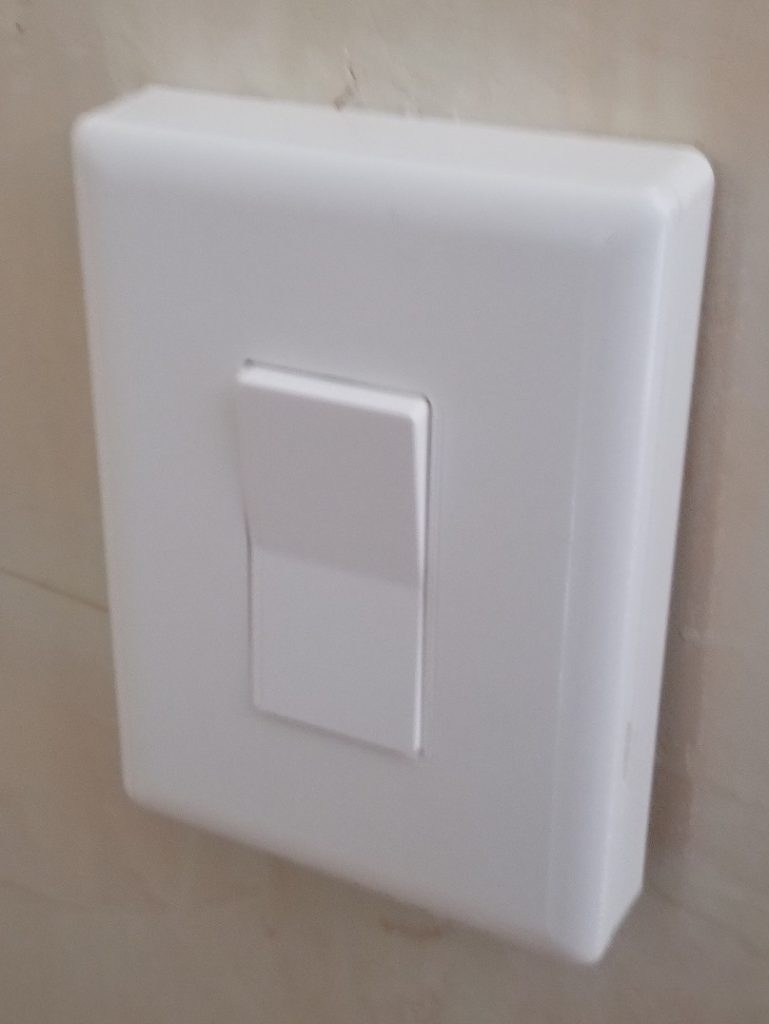 Also, please note that I am a real stickler about batteries. If I am going ot rely on a battery operated device, I want the best option for that application. In this case, it’s AA, so I want Lithium Iron. The switch will not be used each day and, on those days when it used, only two or four activations. I expect significant battery life… but, since i have to slide a pantry off the wall to change the batteries, I want the longest lasting choice possible! 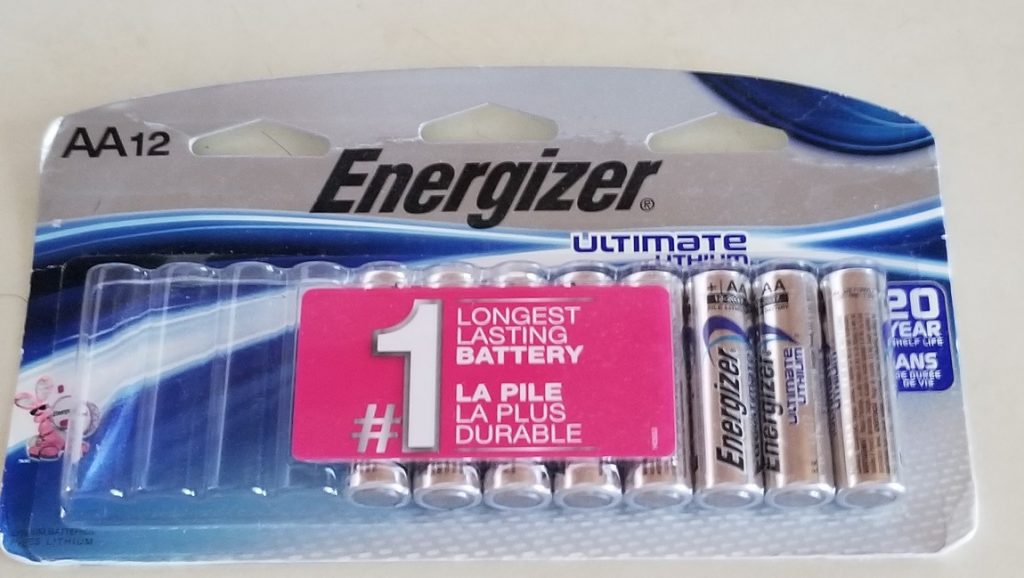 There are a few reasons why I’m very excited to test this switch. First, I wasn’t interested in the Bluetooth switches. Range issues, repeaters, interference, too many headaches. Second, for my own home, I like devices that I can integrate into a more robust system. I’ve got the experience and skill needed to work with a lot of different technologies and make a cohesive home automation system that exactly meets my needs. However, and THIRD, when i come across a product that I can recommend to a grand parent, my wife’s parents, or someone who is greatly intimidated by technology, I pay attention.

This switch solves problems. People who want home automation switches but can’t use Bluetooth, don’t have neutral wires, and want something easy to set up should seriously consider this. While it’s a few more steps than screwing in a Hue bulb and asking your Echo Plus to find new devices, this is still a very easy install for the average home owner – and there is zero risk of damaging your home’s electrical system (or yourself) while meeting your needs.

In the case of homeowners who have the least technical inclination, if someone sets up their hub and gives them decent instructions on how to add a new device, you can “turn Grandma loose?” and let her have the fun and satisfaction of installing as few or as many of these as she wants – and that’s a worst-case scenario – most people are able to set up their own hub and add new components. You can get a lot of mileage out of these switches. Where there’s a will, there’s a way!