Most people have some sort of concern with the water they drink. Some people don’t like fluoride in water, others don’t like the chemicals used by municipal water systems to treat “city water.” A lot of people insist on drinking bottled water, even if they don’t know what purification was used, because they believe it offers health benefits. Good water filtration can be a big benefit in a smart home.

My wife is meticulous about drinking RO water – which is smart. She has some concerns about BPAs leeching into the water she purchases from the grocery store – which is a significant possibility, given how cheap the plastic jugs are. In order to improve my family’s health, I’ve decided to dig out and recondition an old friend of mine – my GE Merlin tank-less Reverse Osmosis filter.

Filtering with Reverse Osmosis removes roughly 95% of the impurities in water. The carbon pre-filter completely removes chlorine from the water (which would destroy the RO membranes, otherwise) and the RO filter itself removes up to 99% of the total dissolved solids in the water. When combined with DI (Deionization), a process which exchanges positive hydrogen and negative hydroxyl (the combination of oxygen and hydrogen) molecule for molecule with positive and negative charged contaminant molecules. This process removes virtually all of the remaining inorganic molecules from the filtered water, by making them “stick” to the deoionization crystals in the filter. Deionization is a final stage filtration, since it can’t remove organic compounds and isn’t as efficient as distillation or reverse osmosis.

Confused? The bottom line is this – an RO filter can purify water to a few parts per million. When combined with DI, that reduces the compounds in your water to a few parts per BILLION. That’s pure enough that scientists use it in their experiments and as close to pure water as you can have without figuring out a way to just combine the atoms yourself. 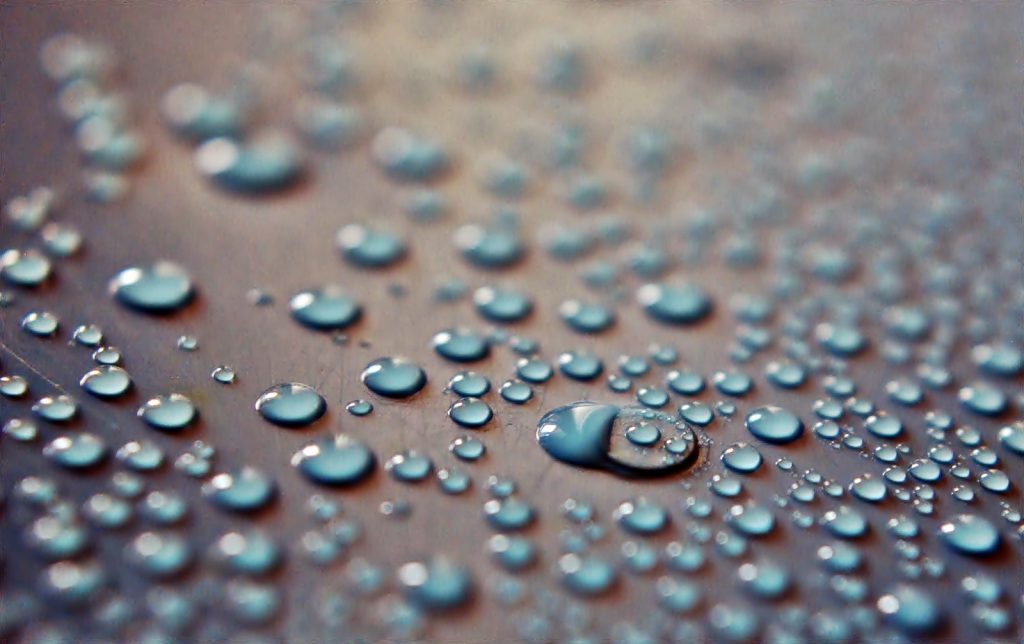 In 2008, my old job (Worden Brothers), moved the development side of the company back to NC in the Wilmington area. I bought a house on the other side of the Cape Fear river in a town named Leland. Small town with a small town’s water supply and no fish stores to buy filtered water from. This was important because I had a 160 gallon aquarium, along with a 75 gallon and a 42 gallon bow front (which is still in storage and the only aquarium I still own).

I needed a source of very pure water to keep my reef tank healthy, so I bought my GE Merlin tank-less RO filter. It was affordable ($400 roughly) and fast (1 gallon per minute at 60 psi or higher). There were rumors that some people had problems with unreliable water quality, but I measured mine regularly and always found it to be virtually pure, very low TDS (total dissolved solids). In fact, whenever I talked with other folks who owned the Merlin, they had similar results. I often thought that the rumors were started by various “water doctors” who disliked the existence of a tank-less (meaning on demand) water filter that could deliver a gallon per minute.

That’s the key difference between the Merlin (and most tank-less, on-demand RO units) – you can go to Home Depot and buy a 24 gallon per day filter with a 3 or 5 gallon pressurized reserve tank. If that’s all you need, that’s a good choice – membranes last longer if you use them slowly. But they’re really bulky – the filter system is roughly 2/3rds the size of my Merlin, but then it has the tank, roughly the size of a propane tank for your grill. No, thanks!

I’m not good with plumbing. Let me rephrase that – I’m a comedian of plumbing. The night I installed the Merlin system, I woke up at 3 in the morning to the WHOOSH of high pressure water spraying across my kitchen, after blasting open the cabinet door under my sink. The next day, I recruited my neighbor to help and enjoyed several solid years of use. I had set up a DI filter to add on, but never got around to installing it.

When I accepted my current position and moved back to Florida, I decided to uninstall the filter and bring it with me – the membranes were still available, but the unit was no longer sold. GE’s network of dealers wanted something that they could install and profit from, rather than a product that the end user could install, so it was retired.

Fast forward 6 years – it has sat in my garage. This has always been on my to do list, but my wife preferred bottled water and there were always another 50 projects ahead of it, so it just sat. Now I’ve got a new set of membranes, a brand new carbon pre-filter, and a carbon post filter (to improve the water’s taste) on the way. They should arrive by next week. This weekend, I’ll soak the housings and frame in a chlorine solution, then take them to the car wash to give them a high pressure cleaning. 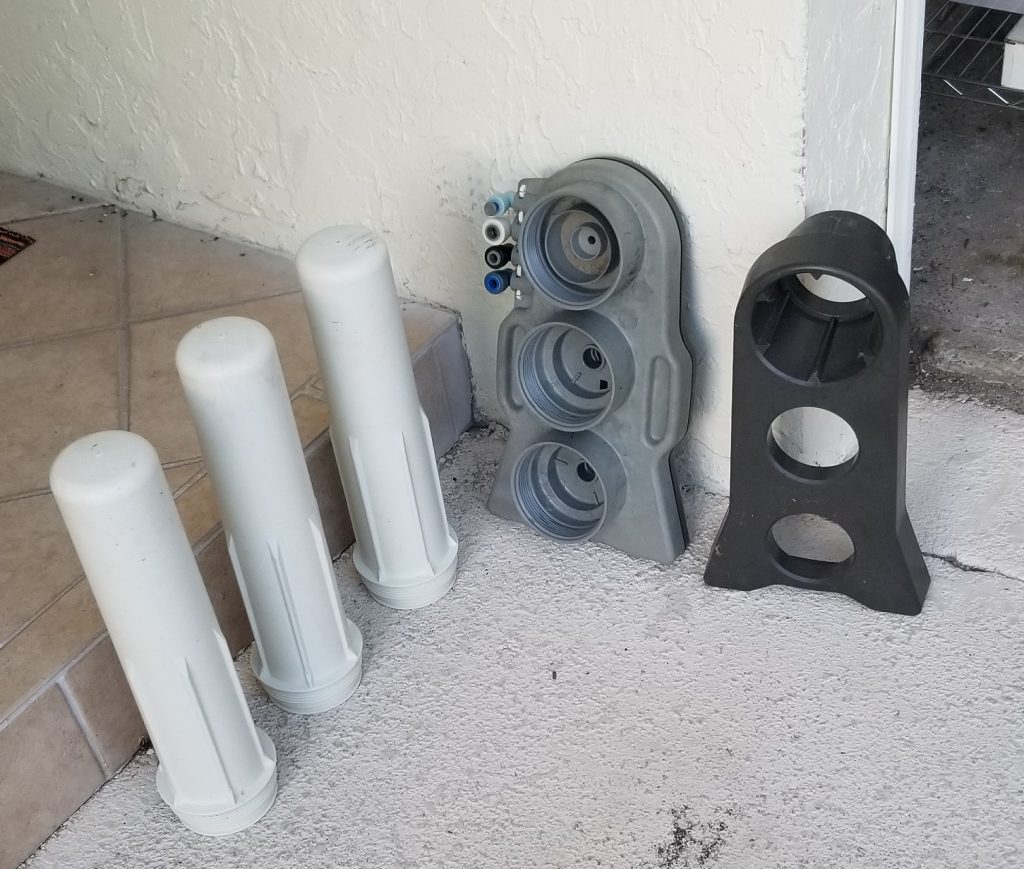 Also, I’ve recruited the neighborhood handyman extraordinaire, Manny, to help with the plumbing. Because I still suck at it.

Look for part two on the Merlin project in a couple of weeks!