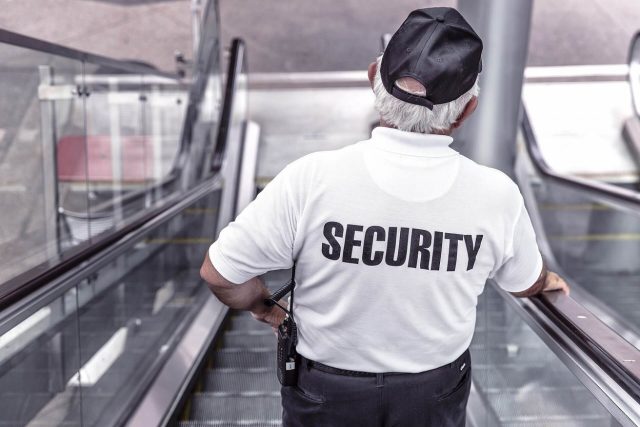 Today’s project is somewhat off the beaten path.

Tom, my father-in-law, was in the security business for over 30 years, up in Framingham, MA. In 2016, he sold his company to a larger organization with offices along the East coast. He worked for them through 2017, coordinating the transfer of clients (My wife and I are one of those clients – we bought the components and worked with a local installer for the parts I couldn’t handle) and doing additional sales for them.

He then retired last October, and, along with my mother-in-law, moved down here into a condo near where we live. I believe he brought down every PC and printer he ever owned – and also every tool from his garage ended up in mine.

So, now that I’m hip deep in my long term home automation plan, I have often considered putting up an additional set of door and window sensors, probably my old X10 sensors, since I’ve got a receiver that can read their signals and import that into my own app. At the same time, I looked at all of the existing sensors – windows, doors, motion, carbon monoxide, smoke, glass break – with jealousy. I could do a lot with the data from those sensors.

I want ALL of that data!

Enter Nu Tech – makers of the AD2USB adapater that connects to Ademco/Honeywell Vista alarm systems. Directly from their site, here are the features:

Basically, you can capture any sensor data, arm or disarm your panel, even back up your panel, using the ADSUSB, which connects as if it were a keypad. The good news? I’ve got two open keypad ports. The bad? My specific Ademco/Honeywell panel isn’t comaptible yet.

I say yet, becuase I emailed their support for clarification and they verified it isn’t compatible. BUT – if I could get my hands on a spare panel and keypad, they’d add it to the list. For the last few weeks, I’ve been looking for a spare panel. I’d actually already bought a spare keypad while troubleshooting an issue with one of mine. Also, I already HAVE a spare panel – Tom told me he’d sent one down in case I ever had to replace mine. Obviously, I see the sense in that and had no plans to send that one away.

Here’s where things get interesting. Remember me mentioning that Tom brought tons of extra stuff that I don’t have room to store in my garage? My wife and her mother checked the box that had the spare panel and Tom actually sent THREE spare panels. No kidding.

So, I’ve got a spare keypad and a spare panel and an address to ship it to, to get it “on the list.” I fired off an email asking if they’ll need to keep it or if i should include a return shipping label and hope to get it shipped this week.

Though you can run a 4 wire cable to any location, my home automation “server” is likely going in the wiring closet where my alarm panel is already located, so setup will not be a significant issue. I believe there’s even an example program, plus an API. This is going to be a personal favorite!

Not shipping a heavy metal case, but it will be good for future projects.

A shot of the board in the case.

Closeup of the board.